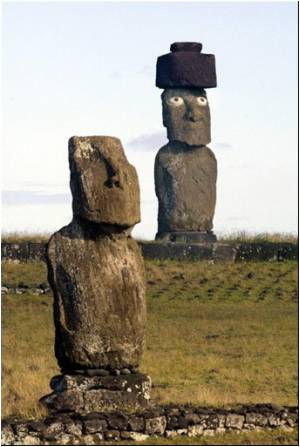 In order to achieve significant reduction of biodiversity loss, Minister of State for Environment and Forests Jairam Ramesh has called for effective and coherent convergence of policies at the global, national and regional level.

Addressing participants at TERI-sponsored seminar on climate change at the India Habitat Centre here, Ramesh said that the conservation and sustainable use of biodiversity offers resilience to climate variability and natural disasters.


He said: "India has been the initial signatory of the CBD (Convention of Biological Diversity), hence safeguarding biodiversity requires action at all levels with a strong commitment to contribute towards achieving international targets."


"Over the years India has taken several key initiatives to achieve the objectives of the CBD at the national level through-creation of an institutional structure, through traditional Knowledge Digital Library (TKDL), an important initiative by India to fight against bio-piracy globally and through the People Biodiversity Register (PBR) to document the oral knowledge on biodiversity," he added.

Ramesh also mentioned that India has proactively developed a link between climate change and biodiversity by creating an Indian version of IPCC, i.e. Indian Network for Comprehensive Climate Change Assessment that will conduct a 4x4 assessment in the sectors of agriculture, forests, water and health, and regions of Himalayas, Western Ghats, North-East India, and Coastal regions, measuring the impact of Climate Change.

On forests and climate change, he said India is going to double its aforestation targets as a part of Greening India Mission, one of the missions under the National Action Plan on Climate Change.

Dr. Leena Srivastava, Executive Director (Operations) TERI, said that the contribution of biodiversity to human and economic well-being is important; hence adequate management and governance at the national level are the key strengths that need to be developed.

Emphasizing the need for strengthening and addressing the key challenges afflicting economic resources, bio-resources and the environment, Dr. Srivastava said: "There is an urgent need for strengthening the institutional base for biodiversity and a requirement for checking the impact of climate change on biodiversity, environment, ecosystems, health, etc, ensuring continued benefits to people and opportunities for poverty reduction and economic development."

The seminar also had deliberations on issues such as:

Tropical forest productivity: Conservation for development which highlighted issues on the forest productivity of the tropical evergreen forests from different part of world to build a stronger case for tropical forests as the active sink for mitigation. This function of the tropical forests strengthens the case of these ecosystems for conservation and hence also provides an important developmental opportunity for the local communities dependent on these ecosystems.

Poverty alleviation using agro-forestry models providing an important opportunity for small and medium farmers to gain from the market value of the products as well as from the carbon markets.

Discovering new drugs: Banking on species diversity to explore the rich base of biodiversity in developing the new drugs against the future health problems.

Biofuels: Biodiversity based adaptation strategy focusing on various options available in nature to harness future demands and types of fuel.

Key recommendations of the seminar included strengthening of biodiversity monitoring system, creation of linkages amongst various pertinent institutions, focusing on marine ecosystems along with terrestrial ones, and understanding the economic values of biodiversity.

The seminar ended with a conclusion that the learning's from Indian experience has a wider benefit in South Asian and the pan-tropical context, in terms of developing the programs for mitigation and adaptation based on the biodiversity resources, hence country leadership and increased support from development cooperation are critical for the implementation of the Convention on Biological Diversity, nationally and internationally too.

Global Warming Might be Incorrect
The best predictions about global warming made by scientists in the recent past might be incorrect, a new study has indicated.
READ MORE