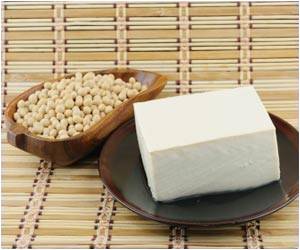 Calcium consumption  even at relatively low levels and from non-dairy food sources such as soy, grains and green vegetables  may increase prostate cancer risk in Chinese men, according to results published in Cancer Research, a journal of the American Association for Cancer Research.

"Our results support the notion that calcium plays a risk in enhancing the role of prostate cancer development," said lead researcher Lesley M. Butler, Ph.D., assistant professor of epidemiology at Colorado State University, Fort Collins, Colo. "This study is the first to report an association at such low levels and among primarily non-dairy foods."

Prostate cancer is fast gaining as a common cancer form among men; more threatening since its symptoms often go unnoticed until it's too late. This quiz tests your knowledge on prostate cancer, its diagnosis and treatment options and is as mandatory for men as the screening tests mentioned here are!
Advertisement

Some studies conducted in North American and European populations have linked high consumption of dairy products to an increased risk of prostate cancer. A few studies have suggested that calcium in milk is the causative factor, however the evidence is not clear.


In an Asian diet, non-dairy foods like tofu, grains and vegetables such as broccoli, kale and bok choy are the major contributors of calcium intake. Therefore, Butler and colleagues speculated that people who are exposed to those calcium-rich food sources in an Asian diet may also be at increased risk for prostate cancer.

Calcium and vitamin supplements are taken to provide the body with the ''''required'''' nutrients. Calcium is a mineral found in many foods. Vitamins are very important nutrients for the body.
Advertisement
Using data from the Singapore Chinese Health Study, the researchers evaluated whether dietary calcium increased prostate cancer risk in a population of 27,293 Chinese men aged 45 to 74 years, with low dairy consumption. The study was restricted to men who belonged to two major dialect groups of Chinese people living in Singapore: the Hokkiens and the Cantonese.

The Singapore Chinese Health Study, funded by the U.S. National Institutes of Health, National Cancer Institute, is a population-based prospective study initiated between 1993 and 1998.

Participants completed a food frequency questionnaire to assess their diet over the past year. Of these men, 298 were diagnosed with incident prostate cancer.

Butler and colleagues at Colorado State University, the National University of Singapore and the University of Minnesota assessed the participant's diet at baseline. Since it is suggested that calcium is absorbed more so in smaller individuals, the researchers accounted for body mass index (BMI) in this Chinese population.

Results showed a 25 percent increased risk of prostate cancer when comparing those who consumed, on average, 659 mg vs. 211 mg of total calcium a day, according to the study.

Major food sources of calcium in this population consisted of: vegetables (19.3 percent), dairy (17.3 percent), grain products (14.7 percent), soyfoods (11.8 percent), fruit (7.3 percent) and fish (6.2 percent). However, the researchers stress that there was no positive association with prostate cancer risk and any one particular food source.

Among men with less than average BMI (median BMI was 22.9 kg/m2), the researchers found a twofold increased risk of prostate cancer.

"It was somewhat surprising that our finding was consistent with previous studies because nearly all of them were conducted among Western populations with diets relatively high in calcium and primarily from dairy food sources," Butler said.

Edward Giovannucci, M.D., Sc.D., professor of epidemiology and nutrition at Harvard School of Public Health, who is not associated with this study, said these results add more evidence that calcium is a causative factor of prostate cancer.

Osteoporosis is a bone disease that leads to an increased risk of fractures. The bone mass is reduced and the ...