According to a study in the British journal The Lancet, calcium supplements can reduce the risk of bone fracturesby 24 percent in the elderly

Even when patients failed to take the full doses prescribed, the bone-building element -- often coupled with vitamin D -- cut the risk by 12 percent, according to the research which examined the results of 17 other studies covering 52,625 people.


"A large proportion of the elderly population is at high risk of fractures," lead author Benjamin Tang of the University of Western Sydney told AFP.

For women over age of 50, there is a one-in-six lifetime risk of having a fracture as a result of osteoporosis, a progressive condition that leads to bone deterioration, he said.

For men in the same age bracket, the ratio drops to less than one in 20.

"But the risk increases progressively as you age. If you are 70, your risk is a lot higher," Tang said.

Calcium is an essential element for the normal growth and maintenance of bones and teeth. Contrary to popular belief, calcium intake is critical not only during childhood but in adult -- especially late adult -- life as well.

Many medical experts maintain that Vitamin D helps the stomach absorb calcium, but Tang's study showed that calcium worked just as well with or without.

Other studies have cast doubt on the efficacy of prescribing calcium to elderly people at risk of bone fractures.

"But most of these studies had poor long-term adherence" among patients, a common feature for many anti-osteoporosis drugs taken on a daily basis, wrote epidemiologist Jean-Yves Reginster in a commentary, also published in The Lancet.

Scientists have predicted that the number of annual hip fractures in the world, caused mainly by age-related bone deterioration, could triple from 1.7 million in 1990 to 6.3 million in 2050, according to another study published in The Lancet last year.

The number of fractures would climb to 8.2 million if the rate of fractures were to increase by only one percent each year, aggravated in particular by rising rates of obesity.

The medical cost of treating fractures related to osteoporosis is estimated to exceed 20 billion dollars every year in the United States, and 30 billion in the European Union.

Supplement of Glycine Helps Prevent Osteoporosis
Lack of amino acid in the body is responsible for all kinds of degenerative diseases such as arthrosis or osteoporosis.
READ MORE 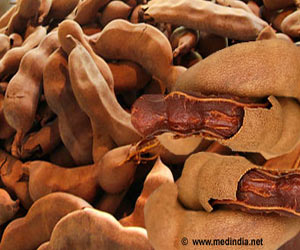 Tamarind
Tamarind is a tropical fruit with plenty of health benefits. Consumption of a tamarind beverage, sherbet, can easily meet the daily calcium recommendations and help keep bones and joints healthy.
READ MORE