Caffeine's Effects Differ With or Without Sugar

Consuming sugary or caffeinated drinks can affect the body's metabolism, causing changes in respiratory and heart rate and weight gain.

The article entitled "Caffeine With and Without Sugar: Individual Differences in Physiological Responses During Rest", by Elaine Rush, PhD and coauthors, Auckland University of Technology (Auckland, New Zealand), describes a study in which heart rate and carbon dioxide production (as a measure of respiration) were measured 30 minutes before and after individuals consumed a defined quantity of sugar, caffeine, or sugar and caffeine. Responses to the different treatments varied widely among individuals.


"Given the caveat that sugar itself affects brain reward just as caffeine does, and this effect will in itself cause variations, this is still an essential paper for the scientist and the lay person to read," says Patricia A. Broderick, PhD, Editor-in-Chief of Journal of Caffeine Research, Medical Professor in Physiology, Pharmacology & Neuroscience, The Sophie Davis School of Biomedical Education, The City College of New York, The City University of New York, and Adjunct Professor in Neurology, New York University Langone Medical Center and Comprehensive Epilepsy Center. 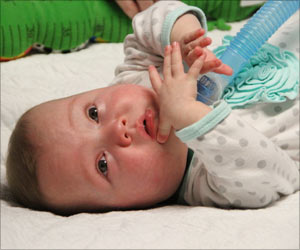 Caffeine and Viagra Save Prematurely Born Infants
Medications like Sildenafil and Caffeine are used in comprehensive care for prematurely born children, this fact is not known to many people.
READ MORE

High Caffeine Intake may Lower Ear Ringing Sensation in Women: Study
Are you a sufferer of tinnitus? Then you should increase the intake of tea or coffee. Researchers have found, women with a higher intake of caffeine had a lower incidence of unexplained ear ringing.
READ MORE 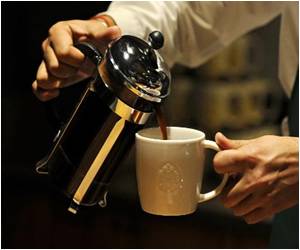 Caffeine Overdose can be Potentially Dangerous
The sudden death of an Ohio teen due to caffeine overdose in May highlighted the potential dangers of the normally well-tolerated and mass-consumed substance.
READ MORE

Amoebic DysenterySugar: Time to Look beyond Its SweetnessTips for Healthy Fasting During RamadhanCaffeine OverdoseFoods to Avoid to Keep Acid Reflux At Bay