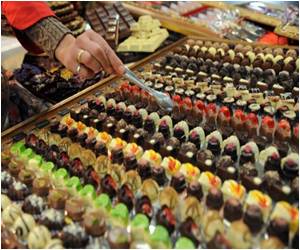 At a younger age, the fat and sugar rich Western diet hastens the risk of stroke or death, says study.

Researchers found that a high-calorie, high-sugar, high-sodium diet nicknamed the 'cafeteria diet' induced most symptoms of metabolic syndrome - a combination of high levels of cholesterol, blood sugar, blood pressure and obesity - in rats after only two months.

Stroke is a brain attack, which occurs when the blood supply to the brain is interrupted. It affects all age groups; according to the WHO, 15 million people are affected by stroke annually.
Advertisement

The animals were at an age roughly equivalent to 16 to 22 years in humans at the time of disease onset, according to lead researcher Dr. Dale Corbett, scientific director of the Heart and Stroke Foundation Centre for Stroke Recovery.


"I think we'll soon start to see people in their 30s or 40s having strokes, having dementia, because of this junk food diet," says Dr. Corbett. "Young people will have major, major problems much earlier in life."

Metabolic Syndrome is associated with sedentary lifestyle .It makes a person more prone to develop type 2 diabetes and coronary artery disease.
Advertisement
Researchers gave sedentary rats unlimited access to both nutritional food pellets and a daily selection of common junk food items including cookies, sausage and cupcakes. Animals were also given access to both water and a 30 per cent sucrose solution designed to imitate soft drinks. Like humans, the animals greatly preferred to consume the treats.

Dr. Corbett highlights the importance of preventing metabolic syndrome with regular exercise and a balanced diet. "We're not sure whether metabolic syndrome can be reversed. If it can't, and we continue to live and eat like this, then we're each a ticking time bomb of health problems."

"Metabolic syndrome and stroke are huge health concerns for the public," says Dr. Mark Bayley, Co-Chair of the Canadian Stroke Congress and Medical Director of the Neurological Rehabilitation Program at Toronto Rehab. "We cannot afford to continue making poor nutritional choices. Our diet is killing us."

In addition to warning the Canadian public about the health dangers of a poor diet, the researchers' study opens the door to further research. "Laboratory models often use relatively young animals who are healthier and on better diets than we are," says Dr. Corbett. "However, it is important to remember that for many people, the consequences would be even worse, since a lot of people with stroke also have pre-existing health problems."

Stroke is the third leading cause of death world over. Besides, it also disables the affected people, making them completely dependent on caregivers for their daily needs. Lifestyle greatly affects the chances of developing a stroke. Thus, the incidence of stroke can be brought down to a great extent by leading a healthy lifestyle. Here is a quiz that tests if you know enough about this disabling
Advertisement
<< Heavy Drinking, Smoking can Lead to Earlier Onset of Pancre...
Exercise Benefits Stroke Patients: Study >>

We are tempted to pick up soft drinks and even 'healthy' sports aids bought from vending machines at the gym, but medical evidences show that they can ruin our health in the long run.
Advertisement
News A-Z
A B C D E F G H I J K L M N O P Q R S T U V W X Y Z
What's New on Medindia

Why Do We Eat - Nutrition Facts
News Archive
News Resource
Advertisement
News Category
Nutri-Score Label can Prevent Misleading Sugar Claims on Groceries Do Instant Formula Foods Cause More Harm Than Good? Is a Plant-based Meat Healthier Than Animal Products? Are You Eating Enough Fiber to Stay Healthy? Preventive Vitamin A Supplementation is Missed by 2 in 5 Indian Kids
More News
Sign up for Wellness Consult a Doctor Sign up for Selfcare