By 2050, Extreme Weather may Become Norm Around the Equator 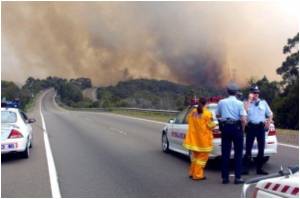 A new study has warned that if the world continues to do nothing to curb climate change, extreme weather conditions, like torrential rains and bad droughts, will become the norm around the equator by 2050.

In the positive phase, temperatures of the sea surface rise in the Arabian Sea and fall around Indonesia, and vice-e-versa in the negative phase.


Researchers concluded that difference between the two Indian Ocean regions concerned in the Indian Ocean Dipole will swell with positive events becoming more frequent.
Advertisement
The research warned that by 2100, these events will be at the mild end of the spectrum, but reducing planet-warming emissions soon may lessen the effect of such conditions.

One of the scientists, Wenju Cai, said that we will need to change our definitions to refer to the new normal conditions.

The study is published in the journal Nature Geoscience.

Mumbai may Face Biggest Threats from Climate Change of All Cities in World
A report reveals that India is among the 'extreme risk' countries where economic impacts of climate ...