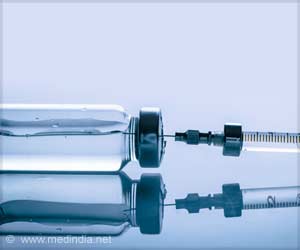 Burosumab, the new injectable medication to treat X-linked hypophosphatemia (XLH), an inherited form of rickets, shows better outcomes compared with the conventional therapy in an international, phase 3 clinical trial done on children with rickets, results of which will be presented at the Endocrine Society's annual meeting in New Orleans, La(ENDO 2019).

"These improvements with burosumab have the potential to change the lives of children with XLH as they grow," said study principal investigator Erik Imel, M.D., associate professor of medicine and pediatrics at Indiana University School of Medicine in Indianapolis, Ind.


People with XLH have high levels of the hormone fibroblast growth factor 23, or FGF23, which causes low blood levels of phosphorus (hypophosphatemia). Conventional therapy has long been multiple daily doses of oral phosphate and active vitamin D (e.g. calcitriol), according to Imel.
Advertisement
The study included 61 XLH-affected children ages 1 to 12 years who previously received conventional therapy with oral phosphate and active vitamin D but still had evidence of rickets on X-rays. Patients were randomly assigned to continue this conventional therapy or switch to receive burosumab injections given every two weeks. Radiologists who were unaware of participants' drug assignments reviewed their X-rays and assigned a score for improvement of rickets.

"We now know the magnitude of benefit from the new medication, burosumab, versus the prior approach with conventional therapy," Imel said. "This information is critical for doctors making treatment decisions for their patients with XLH."