The frail tender face, dripping with sadness from the eyes of two-year-old Gergana spells starvation of tenderness just like countless other children abandoned in social care homes across Bulgaria.

The child has "the prematurely aged looks of someone who has suffered malnutrition and isolation and is no longer interested in the outside world," French psychologist Boris Cyrulnik said during a UNICEF visit last week to the Ivan Rilski home in Sofia.


Unclear brain malformations were probably behind Gergana's silence and indifference to toys, according to the home's staff. Unable to deal with this, her family left her in the care of the state.


A practice inherited from communist times, the abandonment of healthy and disabled children by their families is most widespread in the 22 countries of central and eastern Europe, including the former Soviet Union, according to UNICEF mission chief Jean-Claude Legrand.

At the Ivan Rilski home, the UNICEF mission found sufficient staff, good facilities and no nutrition or hygiene problems "but this does not cover the emotional and human attachment needs of these 75 children."

"The staff usually cannot do much more than they already do in this type of institution," Legrand said among rows of cribs, each baby isolated from the rest.

Of the whole region, abandonment of newborns is highest in Bulgaria, where an average 780 out of every 100,000 children under the age of three are left in social care homes, according to UNICEF Bulgaria.

Lack of interaction with an adult can aggravate the condition of disabled babies or retard the development of perfectly healthy newborns, Cyrulnik warned.

"These are the signs of a grave lack of affection," he said, looking at a small boy, mindlessly rocking to and fro.

In one home in the eastern town of Shumen, 56 percent of the children were underweight as a result of depression and not malnutrition, said Lyubomir Zhabunov, a doctor well acquainted with the situation in many of the homes.

Aware of the problem, Bulgaria's government set out in 2010 to find adoptive or foster families for 1,800 abandoned babies as a first step to closing the 32 institutions taking care of them.

The idea was to nip the problem of abandoned children in the bud but this was hindered by the fact that 40 percent of babies suffered from various disabilities.

In all, some 7,000 children and adolescents live in state-run homes in Bulgaria.

In late 2010, the government closed a small home for 32 children in the eastern town of Teteven, and another eight homes housing over 300 children are to follow by 2014.

Almost two-thirds of the more than 100 children in the Shumen home have also been adopted or placed in foster families with help from UNICEF and Bulgarian non-governmental organisations.

The results from the foster care practice, recently introduced to make up for the lack of adoptive families, were quick to come.

"Three-year-old Milena who was just sitting immobile in the home now walks, jumps and talks just a year later," Neli Perova from the Institute for Social Practices said happily.

But even if the closure of smaller homes is proceeding at a pace, prospects remain bleak for bigger ones.

Social workers with limited experience and NGOs have started programmes to help families -- mostly from the poor Roma minority -- take their children back, while young unemployed mothers are given special counselling and assistance to encourage them to keep their child and not abandon it.

But staff remain sceptical the homes will be closed quickly.

"The harmful stay of healthy children in these institutions has to be cut to a minimum. But those with special needs will have to stay as we lack a network of community-based services to support them," Ivan Rilski manager Valentina Liharska said. 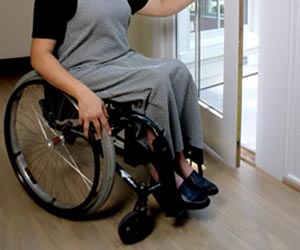 Equal Opportunity for the Disabled
The world has heard of the illustrious mathematician and physicist, Albert Einstein, whose name is indelibly etched in the 'Theory of Relativity'.
READ MORE 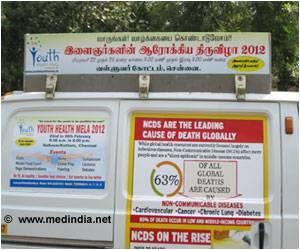 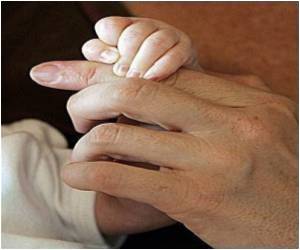