Brothels Use Cow Steroids to Fatten Up Underage Sex Workers

Whenever Bangladeshi brothel owner Rokeya, 50, signs up a new sex worker she gives them a course of steroid drugs often used to fatten cattle.

For older sex workers, tablets work well, said Rokeya, but for younger girls of 12 to 14 -- who are normally sold to the brothel by their families -- injections are more effective.

Most of the 900 sex workers at the brothel use Oradexon daily to give them plump, full bodies 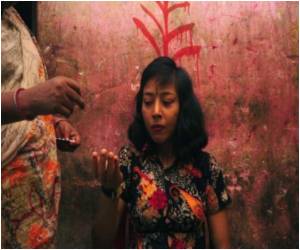 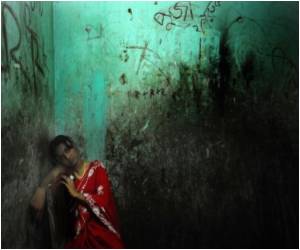 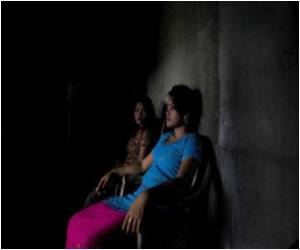 Although Bangladesh bars the sale of steroids without a doctors prescription, in practice this is rarely enforced

"It's the quickest way to make a girl plump and hide her actual age if she is just a teenager," Rokeya said, adding that the drug, called Oradexon, is cheap and widely available.


An estimated 200,000 women and teenage girls work in Bangladesh's sex industry and as many as 90 percent of them may be addicted to Oradexon or similar steroids, according to British charity ActionAid.

Doctors say long-term use can be fatal but at the vast, government-registered brothel 100 kilometres (60 miles) outside Dhaka, most of the 900 sex workers use Oradexon daily to give them plump, full bodies.

When sex worker Shahinur Begum first arrived at Faridpur, divorced and bankrupt with a daughter to support, she worried about being too thin to attract clients.

"Oradexon gave me a full body, making me attractive," she said, adding that her brothel madam first gave her the drug to help her gain weight but she was soon hooked on it.

"I'm swollen like a balloon and have hypertension. The doctors have told me to stop taking it but I can't," Shahinur, 30, who earns about 150 dollars a month, told AFP.

The drug is so common it is sold in tea-shops in the brothel, with a pack of ten costing just a few cents -- less than the price of a cup of tea.

As Hindi music blares from loudspeakers and her neighbours quarrel over poached clients and discarded condoms, Shahinur said she worries the drug will eventually kill her.

"My friend used to take Oradexon every day and now the doctors say she's dying," she said, frying up spicy fish on a stove in her one-room tin shack deep inside the warren of lanes that make up the brothel.

"I find it hard to move my body now, it is so bloated -- I don't want to be like my friend. When I came here seven years back, I was so skinny and I hardly had any clients," she explained.

"I desperately needed money to send to my daughter and mother. My madam gave me the 'cow drug' twice a day and soon enough I looked healthy and beautiful. I now get up to six clients a day."

Prostitution in Bangladesh is legal in the small number of officially recognised brothels, and the sprawling site discretely hidden behind a row of shops in Faridpur has been in operation for more than 100 years.

Laws say sex workers must be over 18 years old -- but many are clearly underage, and ActionAid research says steroid use is most prevalent among the teenagers.

Bangladesh's bonded sex industry -- where sex workers are "owned" by brothel madams and have to repay their purchase cost -- makes stamping out the drug hard as sex workers themselves want to use it.

"The drug is a sex worker's only ticket to early freedom as it makes her attractive and helps her to get as many clients as possible," said Rokeya, herself a former sex worker.

In 2004, the sudden, unexplained deaths of four young girls who regularly took Oradexon caused panic in Bangladesh's brothels. ActionAid were then asked by a sex workers' campaign group to look into the use of the steroid.

"The deaths opened a lid on one of the worst-kept secrets in our sex industry," Zahid Hossain Shuvo, an ActionAid researcher who was part of a two-year study on the use of drug in Faridpur brothel.

"The girls come in poor and thin at the brothel and need a quick-fix for their malnourished bodies if they want to attract clients. They say Oradexon works like magic potion," he said.

The steroid is used to fatten cattle ahead of the Muslim festival of Eid, when millions of animals are slaughtered, and also to treat humans for arthritis, thyroid, intestinal problems and allergies.

But it has serious side effects if taken incorrectly.

"It is very, very dangerous if you use it for more than two to three months. Most sex workers at Faridpur have been using the drug for years, and now many are paying the price," said government doctor Kamal Uddin Ahmed.

Ahmed, who has treated many sex workers at Faridpur general hospital where he is based, said the steroid use is linked to heart disease, obesity, kidney failure and osteoporosis.

Giving it up is difficult as the withdrawal symptoms include headaches and skin rashes.

Although Bangladesh technically bars the sale of steroids without a doctor's prescription, in practice this is rarely enforced.

With the steroid easily available, addictive, and good for business, it is unlikely Bangladesh's sex workers will be kicking the habit soon.

"I know how bad the drug is for me and my health. But trying to stop it is worse," said Shahinur. "If I get ill from it and can't work, who will look after my ten-year-old daughter?"

Prostitution: Fresh Stakes in the Oldest Trade
Prostitution has broadened its base to include street prostitution, massage brothels, gigolo ......