Brits Continue to Love Their Tea 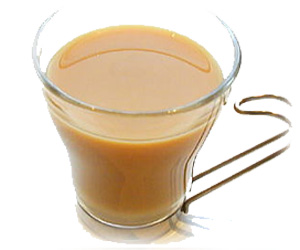 A new study conducted by a charity organization reveals that Britain continues to be in love with its tea even though a large number of coffee shops have opened up in the last few years.

According to the survey carried out by WRVS as part of its Great Brew Break, Britons on an average drink around three-and-a-half times a day though a quarter of them drink five cups or more. Around 35 percent of tea drinkers like it to be mid brown while just over 3 percent prefer it to be very milky.

"A cup of tea, when it comes with a friendly ear, is a welcome combination. But it's particularly important to many of the older people we support who may not see anyone but a WRVS volunteer that week. In May, we celebrate our 75th Anniversary and throughout the years, the charity has become renowned for its tea making abilities", WRVS' Verity Haines said.

More News on:
Sexual Intercourse Facts Caffeine and Decaffeination Flowers And What They Mean To Us Watery Eyes Tea Understanding the Role of Love in Mental Health