British English Puts Up a Brave Stand Against Americanisms 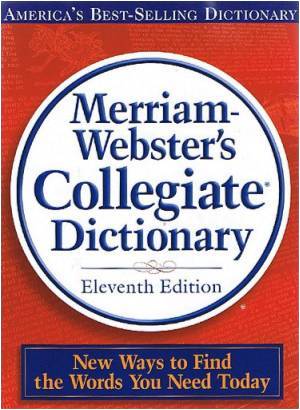 The differences in pronunciation on either side of the Atlantic have been well known since Fred Astaire and Ginger Rogers sang 'Let's Call The Whole Thing Off' in the 1937 film 'Shall We Dance'.

More than seven decades on, the debate appears to continue.

British Boy Emerges from Brain Surgery With a New Accent

A ten-year-old British boy who survived a major brain surgery is now baffling everyone with his newfound accent.
Advertisement

A new study, however, has found that British English is alive and well, and is holding its own against its American rival, reports the Daily Mail.


Linguistic experts at the British Library have found that many British English speakers are refusing to use American pronunciations for everyday words such as schedule, patriot and advertisement.

A new study claims that in blind people, the parts of brain that are used for processing vision, are recruited for language processing.
Advertisement
They also discovered that British English is evolving at a faster rate than its transatlantic counterpart, meaning that in many instances it is the American speakers who are sticking to more 'traditional' speech patterns.

"British English and American English continue to be very distinct entities and the way both sets of speakers pronounce words continues to differ, said Jonnie Robinson, curator of sociolinguists at the British Library.

"In fact, in some cases it is the other way around. British English, for whatever reason, is innovating and changing while American English remains very conservative and traditional in its speech patterns," he added.

As part of their study, the researchers recorded the voices of more than 10,000 English speakers from home and abroad.

The volunteers were asked to read extracts from Mr Tickle, one of the series of Mr Men books by Roger Hargreaves.

They were also asked to pronounce a set of six different words, which included 'controversy', 'garage', 'scone', 'neither', 'attitude' and 'schedule'.

The researchers then examined the recordings made by 60 of the British and Irish participants and 60 of their counterparts from the U.S. and Canada.

They found that in many cases the differences were down to the fact that the British English speakers were moving away from pronunciations, which would have been regarded as standard just 50 years ago.

In the case of 'garage' and 'controversy' for instance, the US volunteers were more likely to use the British English pronunciations favoured or given prominence by the Oxford English Dictionary (OED).

The library also found that American English was making advances in at least one respect - almost half of British English speakers were now saying schedule as skedule.

A psychologist at the University of British Columbia has revealed that infants raised in households where Spanish and Catalan are spoken can discriminate between English and French
Advertisement
<< Is Ivory Wave The New Miaow Miaow?
Older Tourists Discovering Exotic Asia: Wanderlust Post-ret... >>

During Childhood, Language Use can Go on a Roller-Coaster Ride

Find a Hospital Color Blindness Calculator Drug Side Effects Calculator How to Reduce School Bag Weight - Simple Tips Nutam (400mg) (Piracetam) Sinopril (2mg) (Lacidipine) Pregnancy Confirmation Calculator Daily Calorie Requirements A-Z Drug Brands in India Post-Nasal Drip
This site uses cookies to deliver our services.By using our site, you acknowledge that you have read and understand our Cookie Policy, Privacy Policy, and our Terms of Use  Ok, Got it. Close
×