Britain's Quakers Give The Thumbs Up To Gay Weddings

In a move welcomed by campaigners for homosexual rights. the religious Quaker movement gave the green light Friday for gay wedding ceremonies.

The Quakers, also known as the Religious Society of Friends, agreed the move at an annual meeting of some 1,200 members, said Michael Hutchinson of Quakers in Britain.


"Many of our meetings have told us that there are homosexual couples who consider themselves to be married and believe this is as much a testimony of divine grace as a heterosexual marriage," he said.


"They miss the public recognition of this in a religious ceremony."

In minutes of the gathering, they noted that, "whereas there was a clear, visible path to celebration and recognition for opposite sex couples" that was not the case for same-sex partnerships.

They agreed to "treat same-sex committed relationships in the same way as opposite-sex marriages, reaffirming our central insight that marriage is the Lord's work and we are but witnesses."

"The Quakers' decision to open up marriage to same-sex couples, on exactly the same basis as heterosexual couples, is an honourable, courageous, trail-blazing decision," he said.

"It exposes the homophobia of other faiths that refuse to recognise love and commitment between couples of the same sex, and it specifically exposes their denial of religious marriage to same-sex couples."

Gay weddings have been legally valid in Britain since December 2005, under the Civil Partnership Act, after decades of campaigning by homosexual lobby groups seeking the same rights as heterosexuals.

Bacterial Skin Infection Can Be Treated By A Microneedle Patch
Microneedle patch that delivers antibiotics directly into the MRSA affected skin area is also proven effective against the MRSA bacteria.
READ MORE 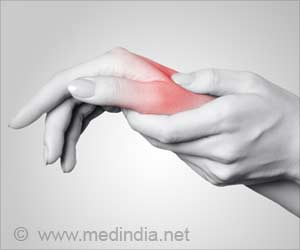