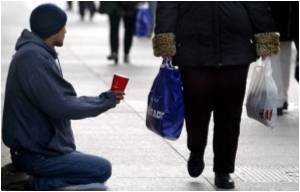 Britain had been paying about £1 billion as incapacity benefit to drug addicts and alcoholics who have been claiming these sickness benefits for more than a decade.

The Department for Work and Pensions revealed that 80,000 people had been claiming incapacity benefit for being an alcoholic, a drug addict or for obesity. 12,000 alcoholics and 9,200 drug addicts among these had been walking away with this benefit for more than ten years. It works out that each individual had been able to get away with an average of £4,700 a year.

Tiredness, gout and acne drive people out of job and make them seek doles in UK.
Advertisement


Ministers have expressed their anger that claimants, instead of being helped to overcome their issues and to get back to work, have been shrugged off to become dependent on incapacity benefits [IB].  The Department for Work and Pensions plan to examine all claimants of IB and reassess their capacity to work and the assistance needed to get them employed again.

Men and women who are unemployed suffer from physical and emotional complaints when compared to employed people, says a study.
Advertisement
The new Work Programme beginning this summer, described by Iain Duncan Smith, the Work and Pensions Secretary, as the biggest "welfare to work" programme, has the support of private and voluntary sector organisations that will be actively involved in getting people back to work.

Chris Grayling, the employment minister, states, "It's not fair on anyone for this situation to continue. Far from being the safety net it should be, the benefits system has trapped thousands in a cycle of addiction and welfare dependency with no prospect of getting back to work."

Continue to Work If You Wish to be Healthy

Physicians from Australia and New Zealand recommend that if one wishes to remain healthy, they should continue to work and be employed.
Advertisement
Advertisement
This site uses cookies to deliver our services.By using our site, you acknowledge that you have read and understand our Cookie Policy, Privacy Policy, and our Terms of Use  Ok, Got it. Close
×