Britain Voted the Second Most Popular Country in the World 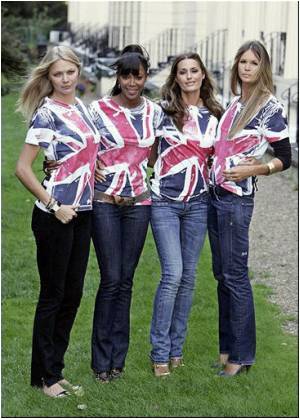 In a first, Britain has come as runner-up in the new annual global popularity poll.

Ginger beer is going to be this summer's most popular drink with the beverage fast gaining a devoted consumer base.
Advertisement


Of the 27 countries polled, 24 took a positive position towards the UK while two, Pakistan and Mexico, had overall negative views of the country.

Those with the most positive views of Britain were the U.S., at 80 per cent, followed by Australia at 79 per cent and Canada at 69 per cent.

The yo-yo is set to become 2010's most popular toy with a ten-fold jump in sales over the past year, say retailers.
Advertisement
<< TV Dinners are Outdated: Now Brits Take PC Bytes'
Human Vulnerability to Climate Change To Be Charted Soon >>

Yoga is the 13th Most Popular Physical Activity in Australia

Yoga is fast gaining popularity and a survey has revealed that it occupies the 13th position as the most preferred physical activity in Australia.

Chinese Set to Overtake English as Most Popular Language on Internet