The UK governments report on transgender equality says that Britain's legal and health systems are failing transgender people. The parliamentary report called for laws protecting the community to be amended.

The report said official terminology surrounding the estimated 650,000 Britons who are likely to be "gender incongruent" was too narrow and too focused on treating transgender identities as medical conditions.


"High levels of transphobia are experienced by individuals on a daily basis (including in the provision of public services) with serious results," parliament's Women and Equalities Committee said in its report.


‘Transphobia is negative attitude and feelings towards transgender people and transsexuality. This can be emotional disgust, fear, anger, discomfort expressed towards people who do not conform to society's gender expectations.’


"About half of young trans people and a third of trans adults attempt suicide. The recent deaths in custody of two trans women, and the case of a trans woman who was placed in a men's prison, are particularly stark illustrations of the issues."

The committee said the terms "gender reassignment" and "transsexual" used in Britain's 2010 Equality Act, which is aimed at protecting transgender people among others, were too restrictive.

The terms are often used to refer those who are either planning or undergoing gender reassignment surgery, which for many transgender people is not the case.

"The protected characteristic should be amended to that of 'gender identity'," the committee said.

The report criticised the National Health Service (NHS), and said transgender people frequently encountered doctors with a lack of knowledge and sometimes prejudice.

The committee called for a "root-and-branch" review of the way transgender people are treated by the NHS.

"We are also concerned that Gender Identity Services continue to be provided as part of mental-health services, giving the impression that trans identity is a disease or disorder of the mind," the report said.

"An administrative process must be developed, centered on the wishes of the individual applicant, rather than on intensive analysis by doctors and lawyers," the committee said.

Despite the committee's criticism, Britain is relatively progressive in promoting transgender and sexual equality, and the report noted the country's advances in protecting transgender, gay, lesbian and bisexual rights.

India's Parliament Should Ensure Full Legal Recognition of Transgender People
While India has made considerable progress on the rights of transgender people, most of them remain socially marginalized and deprived of basic rights.
READ MORE

West Bengal's Transgender Welfare Board Concerned About Beggary Among Transgenders
West Bengal's transgender welfare board plans to address the issue of beggary among the community, as they are extremely concerned about the matter.
READ MORE 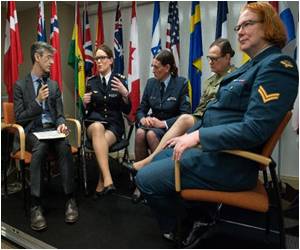 Transgender Troops from Foreign Armies Seek End to US Military Taboo
Joining the Australian army was a bid to try to suppress what Donna Harding had known from an early age -- she was a girl trapped in a boy's body.
READ MORE