Britain Gearing Up for Biggest Royal Wedding Since Diana 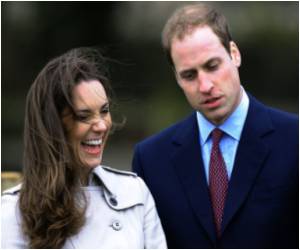 Britain is giving final touches for this week's wedding of Prince William and Kate Middleton as the world gets set to tune in for the biggest royal occasion for 30 years.

Two billion people are expected to watch live on television and the Internet to see the eldest son of Princess Diana and his commoner bride tie the knot after a romance that began at university in Scotland eight years ago.

A musical run-through was set to take place on Wednesday involving military bands and the choir that will sing at Westminster Abbey, and on Thursday there will be a full dress rehearsal for everyone except William and Kate.


Armed forces participating in the event were due to practise along the parade route in full ceremonial uniform as most Londoners slept in the early hours of Wednesday.

Divorce can be traumatic for children and create a sense of insecurity amongst them. Couples should realize that joined parenting is important even after divorce.
Advertisement
Rain is set to fall on the big day but that is unlikely to dissuade hundreds of thousands of revellers from cramming into London, with the first die-hard royal fans camping out in front of the Abbey since Monday.

Around 1,900 guests including foreign royals, politicians and celebrities including Elton John, David and Victoria Beckham and Rowan Atkinson have accepted invitations to attend the exclusive ceremony.

British police have launched a massive security operation involving some 5,000 officers, including armed protection specialists, and warned that they will "robustly" deal with any protests during the wedding.

The excitement around the ceremony partly reflects the public's enduring fascination with Diana, who died in a car crash in Paris in 1997 and whose emotional funeral was held at Westminster Abbey.

William, the 28-year-old second-in-line to the throne who works as a Royal Air Force helicopter pilot, proposed last year to Kate, 29, the daughter of self-made millionaires, using Diana's engagement ring.

But it also stems from the fact that it is the grandest royal wedding since blushing bride Diana tied the knot with William's father Prince Charles -- the heir to Queen Elizabeth II -- on July 29, 1981.

The couple divorced in 1996 after revelations of extra-marital affairs.

"William and Catherine, as they will be known, are saying 'we are the future of the British monarchy and we are going to be a success,'" royal expert Robert Jobson told AFP.

The service will be attended by some 40 monarchs, although the Crown Prince of Bahrain cancelled because he said he did not want unrest in the Gulf kingdom to detract from William and Kate's happiness.

Kate will drive from her hotel to Westminster Abbey in a Rolls Royce that was damaged when protesters demonstrating against government cuts targeted Charles and his second wife Camilla in December.

William will have a nerve-wracking 45-minute wait there until the wedding starts at 1000 GMT.

Afterwards the newlyweds will lead a procession to Buckingham Palace, travelling in a horse-drawn carriage past landmarks such as the Houses of Parliament and the Mall, accompanied by soldiers on horseback.

Forecasters have predicted rain, and if the heavens open the couple will travel in a glass coach that Diana used on the way to her own wedding.

Some 650 guests have been invited to the reception at the palace, while the hottest ticket in town will be a dinner-dance hosted by Prince Charles for a lucky 300 or so people.

Thousands of street parties are planned, including in Middleton's home village of Bucklebury in southeast England, while the British government has declared a public holiday and pubs are allowed to stay open late.

Police said they have no intelligence of specific security threats but said they would not tolerate a planned protest by a hardline Muslim group opposed to Britain's involvement in Afghanistan and Iraq.

But key details about William and Kate's big day remain shrouded in mystery.

Her wedding dress has prompted acres of media speculation, while there is no news on what titles the couple will take -- or whether the newlyweds will emulate Charles and Diana and kiss on the balcony of Buckingham Palace.

Love Hormone and Falling in Love

Why do we fall in love? Is love instinctive? Can we pin this life-altering emotion to a play of chemicals and hormones in the body? Discover what makes for the inextricable bonding of love and life.
Advertisement
<< Potatoes Can Be a Healthy Addition To Almost Any Meal
Blood Test Identifies Ovarian Cancer >>

Are you getting married? Find out if 'your age' qualifies you to 'legally tie the knot' in your country.There is no legal universal consensus age and this varies from country to country.
Advertisement
News A-Z
A B C D E F G H I J K L M N O P Q R S T U V W X Y Z
What's New on Medindia

Blood Pressure Calculator Nutam (400mg) (Piracetam) Sinopril (2mg) (Lacidipine) Find a Hospital Noscaphene (Noscapine) Pregnancy Confirmation Calculator How to Reduce School Bag Weight - Simple Tips The Essence of Yoga Vent Forte (Theophylline) Iron Intake Calculator
This site uses cookies to deliver our services.By using our site, you acknowledge that you have read and understand our Cookie Policy, Privacy Policy, and our Terms of Use  Ok, Got it. Close
×