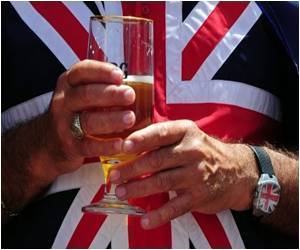 200 million pound booze bonanza getting readied by Britain to be served during the Olympics. The Daily Star states, supermarkets and off-licences have already observed a huge rise in alcohol sales this week for the Games opening ceremony on Friday.

The opening ceremony is being called as the greatest show on Earth and retailers are expecting a surge in booze sales on Friday as millions will watch the extravaganza.

Experts reckon the Games will trigger a similar boost to the industry as the -Jubilee weekend did last month.


A spokeswoman for Morrisons also said she expected beer sales to rise by 30% this weekend.

Gavin Partington, of the Wine and Spirit Trade Association, said: "We've already seen a Jubilee bounce to sales of champagne and sparkling wine this year so there's every reason to hope that a sun-kissed Olympics will be cause to bring on more of the bubbly."

Drug detoxification (or drug detox) is a process that helps drug addicts to give up drugs with less or no withdrawal symptoms.
Advertisement
Neil Williams, of the British Beer and Pub Association, said that with five million fans expected to descend on London the trade could enjoy a 200 million pounds injection.

He said: "The Olympics should bring a boost for beer and pubs, especially in London. We sometimes forget just what a -brilliant icon of Britain our pubs are.

Ageing process has always been an enigma. Recent research indicates that red wine could delay the process.
Advertisement
<< Virgin 'Miracle' on a Tree In New Jersey Allures Folks
Regarding Celiac Disease Medical Follow-Up Is Insufficient >>

Pancreatitis
News Archive
News Resource
Advertisement
News Category
How to Reduce Needle Anxiety in Children? Tobacco Addiction: Here's How to Break the Habit Parents are 'Winging It' on Their Kids' Mobile Use Ankle and Ankle Movements While Riding an Hoverboard Is It Healthy to Let Your Mind Wander?
More News
Sign up for Wellness Consult a Doctor Sign up for Selfcare