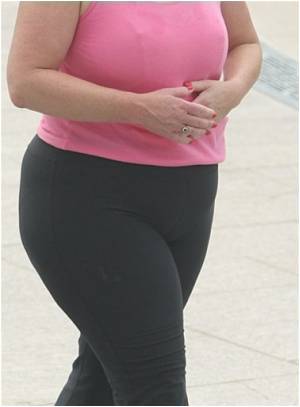 Millions of young women in Britain risk eating their way into an early grave, because young women are not tackling their weight as effectively as men, warns expert.

Research suggested the "Jamie Oliver effect" has seen men aged between 21 and 40 exercising more and eating healthily while women of the same age are still piling on the pounds.

Prof Klim McPherson also warned the over-40s of both sexes are still not doing enough to deal with their weight - a fact that could have disastrous consequences for the NHS budget at a time when drastic savings are needed.


He suggested men were "taking on the mantle of Jamie Oliver' to improve their health, but women may be "more influenced by Nigella Lawson".

"I am concerned that young women are not taking the messages on board as much as men are," the Daily Mail quoted McPherson a saying.

The BMI calculator helps you assess your weight indicating if it is normal or if you are underweight or overweight, based on your height.
Advertisement
"There has always been a concern that people are eating themselves into an early grave, but this data shows that 21- to 40-year-old men are no longer doing so.

"Some women in this age group are no longer doing so, but not enough of them. Perhaps young women are getting more used to being fat. And obviously, increased consumption of alcohol will not help," McPherson added.

McPherson, of Oxford University, compiled the 2007 Foresight Report, which warned that more than half the adult population would be obese by 2050 unless ministers stepped in.

He said obese people could expect to see their lives shortened by four or five years. He warned junk-food marketing and urban designs more suited to cars than pedestrians could also contribute to weight gain.

"We are indeed much more than what we eat, but what we eat can nevertheless help us to be much more than what we are". - Adelle Davis There are thousands out there battling 'the bulge'. With childhood obesity on the rise even children are not spared. If your weight issues are threatening to weigh you down learn more about obesity by taking part in this quiz.
Advertisement
Advertisement