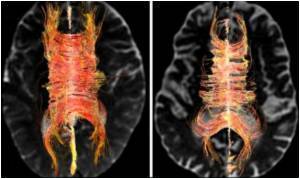 Brit scientists have discovered the gene that could prove to be the glaucoma trigger. Glaucoma is a common eye disease that causes blindness.

Researchers predict it may soon be possible to screen people's DNA to find out if they are at high risk of suffering from glaucoma.

They would be able to get help as soon as they notice any changes to their sight, ensuring they receive treatment quickly.


Glaucoma occurs when drainage tubes in the eye become blocked. This prevents fluid from the eye escaping and leads to a build-up of pressure.
Advertisement
This can damage the optic nerve, which connects the eye to the brain. If diagnosed and treated early, sight can be saved.

But many patients fail to recognise the symptoms and go blind.

In the latest study, a team from Southampton analysed the genes of more than 34,000 people in Iceland and compared their genome to those of 1,200 patients with open-angle glaucoma.

They found that a gene was linked to an increased risk of suffering the condition.

"Our work in helping identify a novel gene and biological pathway for glaucoma is an important step forward in making progress in this disease," the Daily Express quoted Professor Andrew Lotery, who was part of the team from Southampton General Hospital and the University of Southampton which made the discovery, as saying.

Worldwide, glaucoma is now the leading cause of blindness and affects the lives of more than 70million patients.

It is thought that the risk of suffering glaucoma comes mainly from genes and age, although patients with diabetes and shortsightedness are also at increased risk.

The study has been published in the journal Nature Genetics.

Cataract - Animation
An animation of how cataract of the lens can cause blurring of images on the retina....

More on Body Weight and Glaucoma Risk
Surprising research from the Massachusetts Eye and Ear Infirmary on the relation of body weight to ....

Factors Associated With Rate of Visual Field Change in Patients With Glaucoma Identified
A new study has said that patients with glaucoma appear to have more rapid visual field change if .....

Aniridia
Aniridia is a genetic eye disorder in which the iris is partially or entirely absent. It is associat...

Eye Redness
Redness of the eye occurs due to the dilation of the blood vessels of the eye. It can occur due to e...

Glaucoma
Glaucoma is a group of disorders involving the optic nerve, often associated with a rise in intraocu...