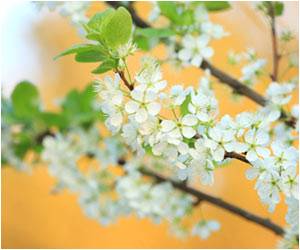 The traditional pot pourri is fast disappearing as more and more Britons prefer to spend millions of pounds on air fresheners and scented candles.

New figures show that the bowl of decorative dried flowers and spices are being replaced by modern alternatives, and that Britons spend 1 million pounds a day on them.

The first public air purifier has been installed in the city of New Delhi as part of an experiment which if successful will assist other highly polluted cities in managing pollution levels.
Advertisement

The study by industry analysts Mintel found that the market for trendy scented candles and air fresheners is growing, while pot pourri is now being seen as old fashioned and out of date.


Pot pourri, which was once seen in almost every living room, contains dried flowers such as lavender and rose hips plus spices and herbs as well as orange peel and pinecones.

In a study of top-selling laundry products and air fresheners, researchers at the University of Washington have found toxic chemicals in the commodities.
Advertisement
It now accounts for less than two percent of the 367 million pounds bill expected to be spent on home and car air fresheners this year.

"Fresheners have moved on from being a functional product designed to cover unpleasant smells, into being a more integral part of improving the general ambience of the home.

"There has been a huge amount of new product development in scented candles and reed diffusers, which some perceive as more natural, which has helped grow sales of these lines.

"Household fragrances have seen the revival of the scented candle, usually positioned as a luxury product and even often packaged in a box, which encourages people to buy them as gifts.

"Some products are fading into obscurity. Potpourri, although still available, appears to be losing popularity," she added.