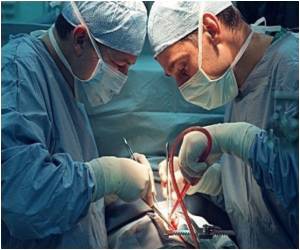 Media reports have hailed three-year-old Taylor Rutherford as a miracle girl in Britain, after she made a startling recovery from a major heart operation never before attempted by surgeons.

The little girl was born with four life-threatening heart defects - three holes in her heart, back-to-front heart valves, deformed airways and only one lung.

Doctors made the critical decision to press ahead with the complex eight-hour procedure in April last year.


Her parents Dave Rutherford and Carol-Anne Richardson, from North Tyneside, call her their 'miracle girl', as one year on, she now shows no signs of her illnesses, reports the Daily Mail.

Congestive heart failure (CHF) is a condition in which the heart fails to work adequately as a pump that can deliver oxygen rich blood to the body.
Advertisement
When she was born at Newcastle's Royal Victoria Infirmary in 2007, Dave and Carol-Anne were told to enjoy what little time they would have with their first daughter.

Taylor's killer defects were revealed in a routine 20-week scan, but her parents ignored doctors' advice to consider a termination.

Heart disease can be of many types depending upon whether they involve the heart muscles or artery walls or heart beats. Bad lifestyle choices contribute to heart disease.
Advertisement
<< HIV Infection May be a Risk Factor for Heart Failure
ADB Says Soaring Food Prices Threatening to Push Millions o... >>

Pregnancy Confirmation Calculator How to Reduce School Bag Weight - Simple Tips Drug Interaction Checker Loram (2 mg) (Lorazepam) The Essence of Yoga Turmeric Powder - Health Benefits, Uses & Side Effects Find a Hospital Hearing Loss Calculator Iron Intake Calculator Drug - Food Interactions
This site uses cookies to deliver our services. By using our site, you acknowledge that you have read and understand our Cookie Policy, Privacy Policy, and our Terms of Use