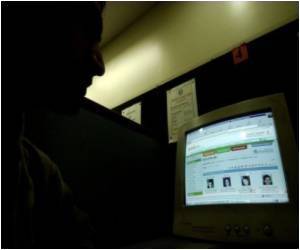 A British couple, who allegedly abused their son and daughter online while others watched, has been taken into custody after police smashed an international paedophile ring.

The two, who have not been named, were running an "open naturist" website for parents who also abused their children, the Daily Mail reported.

An investigation by Australian police has unravelled an international network of paedophile parents, which has led to arrests in the US and Britain.
Advertisement

According to the Herald Sun, the pair was tracked down as part of Task Force Argos, an operation led by detectives in Queensland, Australia.


Further arrests included two fathers from Texas and Michigan, in the U.S., who were traced through the British couple's computers.

The men had allegedly used Skype to contact each other, and share images of abuse of their children.

Detectives were first alerted to the paedophile network after experts intercepted an email containing child pornography sent to a known Australian offender.

The investigation led them to other members of the network.

It has emerged that a suspected paedophile has been attempting to groom UK schoolchildren on social networking site Facebook by posing as their new classmate.
Advertisement
<< Chinese Set to Overtake English as Most Popular Language on...
Mums Play Vital Role in Convincing Daughters to Get HPV Vac... >>

Facebook has begun to remove pages that refer to the North American Man/Boy Love Association after the presence of the nefarious paedophile advocacy group was revealed in a FoxNews.

Paedophiles are at It - Beware

The Child Exploitation and Online Protection Centre (Ceop) in the UK has sounded a warning that paedophiles are on the prowl , trying to get hold of indecent pictures of children.
Advertisement
News A-Z
A B C D E F G H I J K L M N O P Q R S T U V W X Y Z
What's New on Medindia

Nutam (400mg) (Piracetam) Drug Interaction Checker Calculate Ideal Weight for Infants Drug Side Effects Calculator Find a Hospital Post-Nasal Drip Accident and Trauma Care Sanatogen Vent Forte (Theophylline) Find a Doctor
This site uses cookies to deliver our services.By using our site, you acknowledge that you have read and understand our Cookie Policy, Privacy Policy, and our Terms of Use  Ok, Got it. Close
×