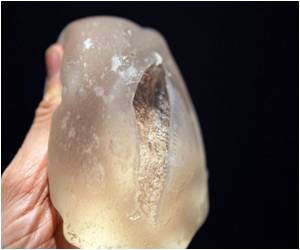 The British government is charging an urgent review of defective silicone breast implants rendered to over 40,000 women.

The implants were manufactured by Poly Implants Protheses (PIP), a French company, from industrial-grade silicone rather than medical-grade.

Surgeons in Britain had warned against the use of the PIP implants in 2006 and 2007, but it took regulators a further four years to ban them.


An investigation by the government showed that the rupture rate could be seven times higher than British regulators previously believed.

The evidence was supplied privately to the Department of Health (DoH) on Friday by Transform, Britain's biggest cosmetic surgery chain.

It is as close to natural as prosthesis can go. Out goes silicon by the window. Now women are to be offered 'natural breast enlargements' using unwanted fat from other parts of their bodies.
Advertisement
The findings prompted the government to question the official figures supplied to the regulators by private cosmetic surgery companies.

The Health Secretary, Andrew Lansley, was reportedly 'very concerned' and 'unhappy' that firms had not given the regulator full information about the failure rate.

The review could lead to the Government advising women to have the implants removed at an estimated cost of as much as 150 million pounds.

At least 3,000 NHS patients - most recovering from breast cancer - were given the faulty implants as part of reconstructive surgery.

Women with the implants fear future ruptures could cause pain and inflammation and the leakage of industrial silicone into their bodies. There is no long-term data that assesses the risks, including the incidence of cancer, caused by the cheap silicone.

Transform's rupture rate of seven per cent - if replicated across the industry - is seven times higher than the one per cent official figure the British regulators was sticking to last week in its attempt to reassure tens of thousands of women.

"One of our surgeons is helping the DoH. He has taken our data with him and we believe - and it needs rechecking - that the rupture rate is actually higher at about seven per cent," the Telegraph quoted a source at Transform as saying.

The source said the figures had been supplied to the Medicines and Healthcare Products Regulatory Agency (MHRA) since 2006 and questioned why the regulator had not picked up on them sooner.

In December, the MHRA declared there was 'no evidence of any disproportionate rupture rates other than in France'.

In France, the official rupture rate is five per cent, and women who have the implants are being offered free removal.

Other cosmetic surgery providers in the UK have now been ordered to comb through their data.