Breast Reduction Surgery on the Rise in Brit Males 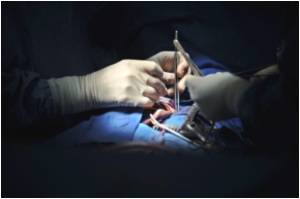 Latest figures released by the British Association of Aesthetic Plastic Surgeons (Baaps) show that more and more men are undergoing breast reduction surgery to reduce the size of their man boobs.

According to the stats, the number of such operations rose by nearly 30 percent last year, up from 581 in 2009 to 741. This is the third successive year that the number has risen with Baaps stating that just over 320 operations had taken place in 2008.

Want firm and shapely breasts? Consider the option of traveling abroad to have it done at affordable prices.
Advertisement

Known as gynaecomastias, the operation lasts for half an hour with anything over a litre of fat is removed from the chest region. While majority of the population attribute such surgeries to vanity, Baaps president Fazel Fatah said that pure vanity is not the only reason.


"A lot of these men develop so much breast tissue that they begin to look like women's chests. Men have become more aware of body image and what's considered attractive and acceptable", he said.

Losing sleep over the size of your breasts? Then wake up to breast enlargement! Consult us our specialists to realize your dream at affordable prices.
Advertisement
Advertisement