Breakfast in a Jiffy for Most People 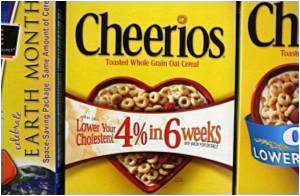 Most people do not have time for a slow and elaborate breakfast , a new study has found. Breakfast is over in just three minutes and 15 seconds on a weekday and it is often had standing up.

According to the survey commissioned by Weetabix, only half of us eat breakfast at all, and many prefer to have a lie-in, while others blame the growing pressure to get to work early.

Good health and well-being depends on a leisurely breakfast. However, rushing our breakfast on account of work commitments is the biggest mistake we make.
Advertisement

The study also found that only a third of us now eat breakfast in the kitchen. Some resort to eating it in the bedroom, or even the bathroom, with 22 percent getting dressed at the same time.


Around a fifth manage to eat only half their breakfast because they have so little time, while more than a third say they eat their first meal of the day on the bus or train.

Grains make the foundation of good nutrition. The food guide pyramid shows that you need generous amounts of these foods each day to maintain health and prevent disease. Reasons? Our support group will tell you why!
Advertisement
In Birmingham, 59 percent of the people said that they were too busy on the Internet or watching TV in the morning to eat breakfast.

In London 57 percent said the same, and 52 percent of people from Bristol and 51 percent of Mancunians agreed.

One in seven eat at their desk at least one morning a week, and one in five confess to grabbing something as they run out of the door and eating it while they walk down the street.

However, three-quarters still said it was the most important meal of the day, and seven in ten always have a hot breakfast.

"Encouragingly, the research indicated that possibly 1.2million of us find time to eat a hot breakfast every single morning and demonstrates that Brits do understand the importance of breakfast, even going as far as eating it on the bus, or in the bathroom, to try and fit it in," the Daily Mail quoted Sian Porter, a company spokesman as saying.

Teenage dieting tips must include nutrient-rich meals on regular intervals. Healthy eating is the key to lose ...

Side effects of skipping breakfast are inefficient brain and body functioning. This unhealthy habit is linked ...

Breakfast in a Jiffy for Most People Personalised Printable Document (PDF)