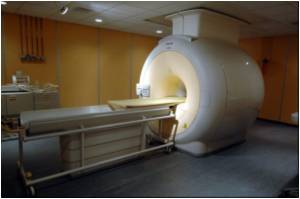 The circuit tracing method allows the study of incoming and outgoing signals from any of the two brain centres.

Brain Circuits in Hearing Formed Even Before Sensory Experience

Brain circuits involved in hearing are formed even before there is sensory experience, researchers have discovered using a new technique.
Advertisement

Richard H. Thompson and Larry W. Swanson found that the circuits showed up as patterns of circular loops, suggesting that at least in this part of the rat brain, the wiring diagram looks like a distributed network.


"We started in one place and looked at the connections. It led into a very complicated series of loops and circuits. It's not an organizational chart. There's no top and bottom to it," said Swanson.

A Johns Hopkins neuroscientist has been able to see how a mammal's brain shrewdly revisits and reuses the same molecular cues to control the complex design of its circuits
Advertisement
Currently, most other tracing studies focus only on one signal, in one direction, at one location.

"[We] can look at up to four links in a circuit, in the same animal at the same time. That was our technical innovation," said Swanson.

"There are usually alternate pathways through the nervous system. It's very hard to say that any one part is absolutely essential," he added.

He added that although we think that the cortex is the most important part of the brain, it's not necessarily true - it's certainly not the only part of the nervous system that determines our behaviour.

The study was published in Proceedings of the National Academy of Sciences.

A new MIT study has found that there are two brain circuits involved in habitual learning.
Advertisement
<< Social Stress can Affect the Immune System and Cause the Sk...
Why Some Things Make Us Laugh? >>

More News on:
Ataxia Language Areas in The Brain Ways to Improve your Intelligence Quotient (IQ)