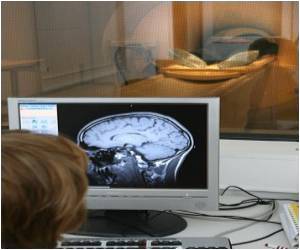 A sudden seizure while visiting a friend served as an eye-opener for 26-year-old Donna McWhinnie, from Wishaw, South Lanarkshire, who was rushed to hospital where an MRI scan revealed the presence of a slow-growing glioma tumour.

Donna was shocked to know that the tumor had been growing in her brain for 10 years and she had no idea of it. Doctors were stunned and wondered how Donna had escaped without any symptoms all these years.

The tumor had grown to 10cm by 5cm, which was nearly half the size of her brain.


Ms McWhinnie, said: 'I had been staying at my friends pub in Falkirk and I woke up the next morning feeling unwell but thought it might just be a hangover. I was numb all down my right side. Someone handed me a can of Irn Bru, I was holding it but I couldn't feel it in my hand.
Advertisement
"It is a glioma tumour which is slow growing and is grade two on a scale of one to four, four being the worst. The doctors couldn't believe that I have had no symptoms. I have been through childbirth but felt nothing in my head. The part of my brain affected is the area associated with emotions. I am not an emotional person and I never cry. So that makes a bit of sense," she added.

Ms McWhinnie was treated at the Beatson Cancer Centre, in Glasgow, where she underwent a biopsy and radiotherapy.

The tumour caused epilepsy and this has left her unable to drive.

She said: 'The tumour was never going to get any smaller but it is good to know that the pressure is reduced. The doctors told me that they are really surprised that I wasn't crippled with headaches because of the pressure in my brain. There is a chance that it will grow again in the future and I will need chemotherapy but for now I just have to monitor my symptoms and go for regular checkups. At the moment I feel fine.'

People around and her family are amazed at her positivity and will to live her life to the full. She has given up work in her hair salon and wishes to spend time with her son as much as possible. Also, she has decided to contribute her mite to helping others.