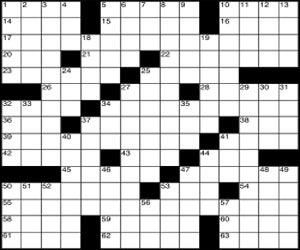 The team drew data from the Iowa Healthy and Active Minds Study. In the setup, 681 participants 50 years and older were randomly assigned to testing groups.

One group received 10 hours of training under supervision, while another participated in one session of brain training with a four-hour follow-up session 11 months later.


The third group completed one session of brain training at home, and the fourth participated in a computerized crossword puzzle training session under supervision. Most people trained for two hours at a time.

The human brain is exquisitely intrinsic and is the seat of all emotions. If you are curious about what makes you bad, sad, silly or glad this quiz on the brain will satiate you.
Advertisement
Researchers used participants' "useful field of view", basically what's noticeable out of the corner of the eye, as a means to measure progress.

With age, a person's field shrinks but can be strengthened with practice. The training came in the form of a game that challenged participants to visually process multiple things on the screen at once.

So far, researchers found that participants using the computer program showed improvements in useful field of view and other cognitive tests eight weeks after training when compared to the crossword puzzle control group.

The effectiveness of such training is still debated by some researchers, though. Not all studies have suggested benefits from brain training programs, in part because it's difficult to prove that participants' progress during trained tasks translates to untrained tasks.

The study has been published in British Medical Journal Open.

The most amazing and complex organ in the entire universe, the human brain continues to remain an enigma.
Advertisement
<< Genetic and Molecular Mystery of Soft-tissue Sarcoma Uncove...
HIV Positive Boy Sues Hershey School for Denying Admission >>