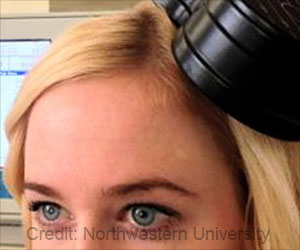 Brain stimulation can be used like a scalpel to help enhance precise memory, finds a study by a research team from Northwestern University.

Precise memory, rather than general memory, is critical for knowing details such as the specific color, shape and location of a building you are looking for, rather than simply knowing the part of town it's in. This type of memory is crucial for normal functioning, and it is often lost in people with serious memory disorders.

Neurostimulation can also be used to improve learning and skill retention in pilots, revealed a study.
Advertisement
‘Non-invasive brain stimulation found to enhance precise memory in a very specific and an important way.’

"We show that it is possible to target the portion of the brain responsible for this type of memory and to improve it," said lead author Joel Voss, assistant professor of medical social sciences at Northwestern University Feinberg School of Medicine. "People with brain injuries have problems with precise memory as do individuals with dementia, and so our findings could be useful in developing new treatments for these conditions."


By stimulating the brain network responsible for spatial memory with powerful electromagnets, scientists improved the precision of people's memory for identifying locations. This benefit lasted a full 24 hours after receiving stimulation and corresponded to changes in brain activity.

With deep brain stimulation, the brain networks made dysfunctional by Alzheimer's improved over a period of years.
Advertisement
"We improved people's memory in a very specific and important way a full day after we stimulated their brains," Voss said.

The paper was published Jan. 19 in Current Biology.

The research enhances scientific understanding of how memory can be improved using noninvasive stimulation. Most previous studies of noninvasive brain stimulation have found only very general and short-lived effects on thinking abilities, rather than highly specific and long-lasting effects on an ability such as precise memory.

Home treatment with a simple, battery-operated system that applies four sticky electrode patches to the mid-section allowed a group of children to reduce soiling and improve elimination.
Advertisement
<< New Mechanism of Oncogene Action in Lung Cancer is Identifie...
Insights into the Gene That Produces Schizophrenia-Like Sym... >>

The first use of deep brain stimulation on the lateral hypothalamic area of the brain was linked with a weight loss trend in morbidly obese patients.