Brain Imaging Lie Detector can be Beaten With Simple Techniques 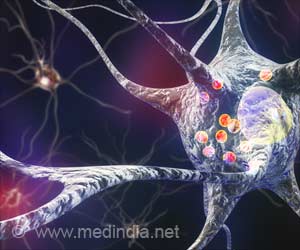 Scientists have shown that a brain imaging technique called fMRI can be beaten by the use of two particular mental countermeasures.

This research is the first to explore the effects of mental countermeasures on brain activity in functional magnetic resonance imaging (fMRI) - and it showed that when people used the countermeasures, the test proved to be 20% less accurate.


How do concealed information tests work?

Concealed information tests work because a person who is hiding something will 'give away' what they are concealing when faced with it in a list. For example, if a thief has stolen a diamond ring, the ring will be more striking to the thief than similar control items such as necklaces and bracelets - and the thief will show physiological signs (e.g. sweating) that reveal their guilt.
Advertisement
However, these tests based on physiological signs are easy to beat as perpetrators can artificially alter them when seeing a control item, therefore confusing the test. To overcome this problem, researchers moved to methods that look directly at brain activation using fMRI. An fMRI machine tracks blood flow to activated brain areas. The assumption in concealed information detection is that the brain will show signs of recognition when presented with the concealed items while exerting extra effort to conceal signs of such recognition, and so the brain regions that do more work will get more blood. Such regions light up in scans, and they are primarily involved in directing attention and in decision making.

What did the study show?

In the new study, participants were asked to conceal information about a 'secret' digit they saw inside an envelope.

Researchers taught 20 participants two mental countermeasures. The first was to associate meaningful memories to the control items, making them more significant. The second was to focus on the superficial aspects of the item they were trying to conceal, rather than on the experience of familiarity it evokes, in order to make it less significant.

The results showed that these countermeasures lowered the accuracy of the test by about 20% because it was more difficult for fMRI to find any differences in brain activity. Thus, participants were more likely to be able to hide their concealed information item when using the mental countermeasures.

The research team concluded that in order to improve the robustness of the test, future work needed to identify a way of detecting mental countermeasures, and potentially look at conducting whole-brain analyses, rather than just examining regions of interest.

Lead author Dr Chun-Wei Hsu, a researcher in the CogNovo research programme at the University of Plymouth, said: "fMRI tests are not currently used by law enforcement in the same way as polygraph tests, but they have been considered for scientific and criminal use as a way of detecting when someone is concealing information. This study shows that the process can be manipulated if someone associates meaningful memories to the control items, or focuses on the aesthetics, rather than the memory, of the item they're trying to hide.

"None of our participants were seasoned liars or criminals, they were just everyday people, so before this test can even be considered for forensic use, there must be further studies carried out to help identify when someone is using mental countermeasures.

"Deception is a really challenging area of psychology, and the more we can find out about the techniques used to detect it, the better."

Dr Ganis is one of the lead researchers at the upcoming Brain Research & Imaging Centre, which will open in 2020 as the most advanced multi-modal brain imaging facility in the South West.

Lie Detector Named After Rumor-Fueling Greek Goddess to Catch Out Fake Tweets
Researchers are looking to develop an online lie detector, called Pheme, which can scan a tweet ......

Researchers Suggest That Goosebumps are 'Lie Detector for Emotions'
The body's natural defense mechanism against the cold could function as a type of "lie detector" ......