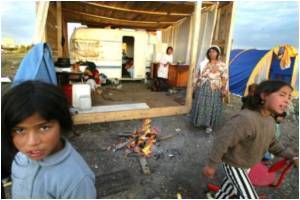 A study by researchers at Portland State University and the University of Texas has found that adults who were starved in childhood are more likely to face adverse effects such as loss of cognitive function later in life.

The study of 15,000 elderly people in China also showed that having proper nutrition in childhood also saves lives.

Lead researcher Zhenmei Zhang, a Michigan State University assistant professor of sociology, said that policymakers must know that investing in children really has long-term benefits, not only for those individuals but for society as a whole.


The researchers assessed data of 15,444 elderly people who participated in the Chinese Longitudinal Healthy Longevity Survey. The survey included screening tests as well as questions on childhood hunger.

The study found that women who suffered from childhood hunger were 35% more likely to have cognitive impairment by the age of 65 years, while men were 29% more likely to suffer from the same.

Malnutrition refers to imbalances in a persons intake of energy or nutrients and can occur due to an excess ...