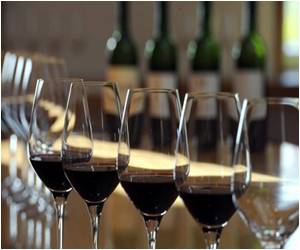 According to a brain expert, beer goggles is a myth and men and women do not see each other any differently after alcohol.

The area of the brain that makes people want to mate keeps functioning, no matter how much they drink, meaning that people can still assess how visually-appealing others, according to Dr Amanda Ellison, senior lecturer in the Department of Psychology at Durham University.

"We still see others basically as they are. There is no imagined physical transformation - just more desire," the Telegraph quoted her as saying.


In her book, Getting Your Head Around the Brain, Dr Ellison argues that people do not appear more attractive to both sexes after alcohol.

Hangovers are caused by dehydration - the brain shrinks and tugs on the meninges, which causes the headache, she explained.
Advertisement
But before that, alcohol switches off the rational and decision making areas of the brain while leaving the areas to do with sexual desire relatively intact, and so this explains beer goggles, she said

Dr Ellison said that while evolution had made women more choosy about who they go to bed with, both sexes are looking for a soul mate - and personality is just as important as looks in selecting a partner.

However, all this goes out of the window when we drink because of the sequence in which alcohol acts on areas of the brain.

Women claim they don't get beer goggles, but Dr Ellison said, "they do".

With better contraception and more binge drinking women are more likely to get beer goggles, she said.

"Beer goggles depend on our ability to make rational decisions," she added.

Source: ANI
Advertisement
<< Treatment Environment may Affect Cancer Survival in Older P...
Dieting may Not Do Much for Weight Loss Except Promoting Fe... >>

The Earls Restaurant Chain Decides to Change the Name of Albino Rhino Beer
A human rights complaint from some of the victims of a rare genetic ailment has caused The Earls ......