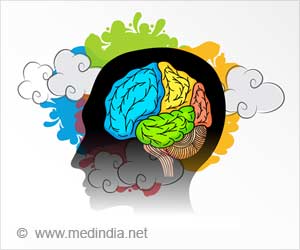 Lowering the temperature in the brain can help treat head injuries and stroke, as it helps to relieve pressure, prevent swelling and further damage, reveals a new study.

The study also showed that the cooling treatment may help babies at risk of long-term damage from birth complications, without having to cool their entire body.

Advertisement
‘Brain cooling is the new potential therapy that helps to treat head injury and stroke.’

Infants suffering from Hypoxic ischemic encephalopathy (HIE), a form of brain damage caused due to lack of oxygen -- can be given cooling therapy to reduce their core brain temperature from a normal level of 37 degree Celsius to 36 degree Celsius -- which is recognised as low enough to aid recovery, according to the study.


In the study, published in journal Scientific Reports, the team developed a robust 3D model which can predict temperature and blood flow.
Advertisement
Using computer simulations, the model scans the entire brain or parts of it showing the brain neuron connections.

The model takes into account simultaneous flow, heat transfer and metabolism between arteries, veins and brain tissue in three dimensions throughout the organ.

When applied to adult brains, the model predicted cooling was able to precipitate a potentially beneficial 0.5 degree Celsius drop, in line with clinical observations.

It could also be modified to imitate the effects of stroke and also impact of the drugs administered, the researchers said.