Among Tanzanian chimpanzees, the mothers of sons are about 25 percent more social than the mothers of daughters, found in a study of nearly four decades of observational data. Boy moms were found to spend about two hours more per day with other chimpanzees than the girl moms did.

Chimpanzees have a male-dominated society in which rank is a constant struggle and females with infants might face physical violence and even infanticide. It would be safer in general to just avoid groups where aggressive males are present, yet the mothers of sons choose to do so anyway.

"It is really intriguing that the sex of her infant influences the mother's behavior right from birth and that the same female is more social when she has a son than when she has a daughter," said Anne Pusey, chair of Evolutionary Anthropology at Duke.


The researchers believe that the mothers are giving the young males the opportunity to observe males in social situations, even while still clinging to their mothers. This gives the youngsters a start on developing the social skills they'll need to thrive in the competitive world of adults.

The findings are based on an analysis of 37 years of daily observations of East African chimpanzees from the Gombe National Park in Tanzania. Duke University houses all of the data from the famous Kasekela chimpanzee community in the Jane Goodall Institute Research Center, which contains more than 50 years of observational data all the way back to Jane Goodall's first hand-written observations from the early 1960s.

The data largely consist of "follows," in which a researcher focuses on one chimpanzee and notes her behaviors and interactions with others throughout the day. Duke scholars led by Pusey are now working on digitizing the entire collection of Gombe data in the Goodall archive to enable more longitudinal studies of this kind.

"Drawing from the long-term datasets, we were able to investigate patterns within the same mother, examining how she behaved with her sons versus with her daughters," said lead author Carson Murray, an assistant professor at George Washington University, who was a PhD student under Pusey. "These results are even more compelling than a general pattern, demonstrating that the same female behaves very differently depending on the sex of her offspring."

For this study, researchers measured gregariousness based on three kinds of analyses. They looked at how much time a mother spent with other adults who were not immediate family members; the average size of the mother's party and its composition; and the proportion of time a mother spent in mixed-sex and female-only parties.

For the most part, mothers with offspring spend their time alone or with adult daughters and other dependents. Adult males are the more gregarious sex, forming coalitions with other males to assert rank, defend their territory and hunt as a group.

At 30 to 36 months, chimpanzee infants start moving around more on their own without being carried and spend most of their time out of mother's reach. At this age, the male infants start having more interactions with unrelated chimpanzees, especially adult males. Their female counterparts are significantly less social.

As the offspring get older and range further from their mothers, the young males have more social partners over the course of the day. Juvenile and adolescent males watch their adult counterparts carefully and often mimic the behaviors they see, including charging displays and copulation.

"Mothers obviously increase social exposure for their young male infants," Murray said. "This finding leads to a larger question about how social exposure might shape gender-typical behavior in humans as well."

This study also suggests it is possible the sons themselves are driving the increased gregariousness later in life. In early infancy, the boy mothers spend about the same time in female-only groups that the girl moms do. But as their sons become older, boy moms spend more time in female-only, nursery groups, probably because the young males are attracted to the offspring of other females as playmates.

"One of the most surprising results to me was that mothers with young females still have lower association with their relatives," Murray said. "As we argue in the paper, this suggests that social exposure is less critical to females in general."

Social exposure has a potential downside too. Females with low rank are known to experience more social stress in large groups, and there is always a risk of infanticide against the young chimpanzees. Perhaps the best way to avoid having infants killed is to steer clear of groups, which the mothers do up to 70 percent of the time.

"Mothers with infant daughters were likely to be avoiding competitive and stressful situations," Murray said. "While mothers with sons seem willing to incur those costs for the benefit of having their sons socialized." 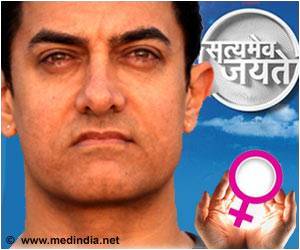 Does Human Intervention Beat Natural Selection in India?
Sex-ratio at birth in families with previous girls is worse than those with a boy, in other words the sex-ratio is being manipulated by human interventions.
READ MORE

More on the Infanticide Crisis in India
Padma Kanwar Bhatti is a defiant symbol of the toll exacted by the preference for male children in India as she is the only girl in her classroom of 22 boys.
READ MORE 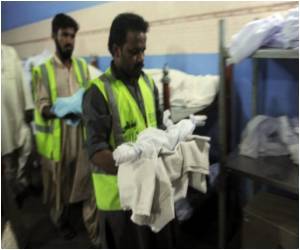 Infanticide on Rise in Pakistan
In Karachi lifeless bodies of two tiny babies are being given their final bath before burial.
READ MORE