'Boy Anorexia' Recounts His Battle and Victory Over Eating Disorder 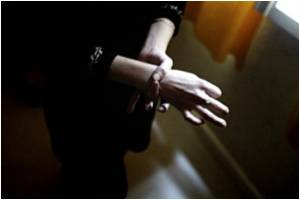 Simon Metin, 20, and a Cambridge University medical student has caused a sensation on YouTube after putting up a number of videos narrating his battle with anorexia and how he won over the debilitating eating disorder.

In the videos, he recounts his near death experience after which he resolved to fight back from an abysmally low weight of four stone (25.4kg) five years ago to a healthy weight of 10st 3Ib (64.8kg). Doctors had given him just months to live at that time.

He had also appeared in the 2007 documentary- 'I'm a Boy Anorexic', which was broadcast on the BBC.


Simon said: "My inbox is full of emails from young men fighting battles with food. Anorexia is still thought of as a young woman's disease. But now, with so much emphasis on diet, fitness and six-packs, it's increasingly affecting young men."

Simon had undergone treatment at the Rhodes Farm eating disorders clinic. He was 13 when he became obsessed about weight. Simon became anorexic in just six months.

"I was never a fat child. But with things going on in my life that I couldn't do anything about, like bullying at school, I realized the one thing I could control was what I ate. I became obsessed with not being able to pinch any fat. I'd never heard of anorexia and didn't even register I was getting thinner. When I looked in the mirror, I saw someone who was getting bigger, not smaller."

"My parents begged, cajoled, pleaded and shouted at me to eat," he says. "But by now I'd memorized the calorie count of every food and allowed myself 200 calories a day."