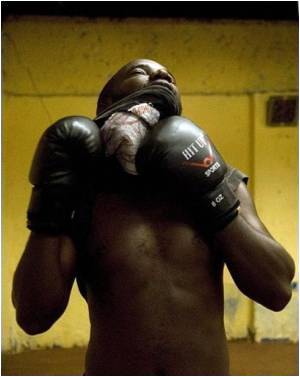 Boxing injuries seemed to be increasing year after year, found in a study. This has created a great deal of controversy in medical community, especially in relation to youth boxing.

During the 19-year study period conducted by researchers in the Center for Injury Research and Policy of The Research Institute at Nationwide Children's Hospital, an average of 8,700 boxing injuries were treated in United States emergency departments each year, and approximately 2,500 of those injuries were to children and adolescents 6 to 17 years of age. The number of boxing injuries each year increased 211 percent during the study, climbing from 5,361 injuries in 1990 to nearly 17,000 injuries in 2008.

According to the study, released online February 28, 2011 by the American Journal of Preventive Medicine, the most common injury diagnosis was a fracture (28 percent). The hand was the most frequently injured body region (33 percent), followed by the head and neck (23 percent). While the majority of injuries occurred at a sports or recreation facility (54 percent), one-third of the injuries (34 percent) occurred at home.


The most concerning discovery from the study was the similar proportion of concussions/closed head injuries (CHIs) among the age groups (9 percent among 12-17 year olds, 8 percent among 18-24 year olds and 9 percent among 25-34 year olds).We expected a smaller proportion of concussions/CHIs among younger boxers, since they generate a lower punch force, said Gary Smith, MD, DrPH, senior author of the study and director of the Center for Injury Research and Policy at Nationwide Children's Hospital. The fact that young boxers are experiencing a similar proportion of concussions and CHI's as older boxers is extremely concerning given the potential risk of developing chronic traumatic encephalopathy (CTE) with repetitive brain trauma. These repetitive blows to the head may be placing boxers under 18 years of age at risk for neurological impairment and psychological problems due to CTE.

Boxing Can Cause Severe Damage to The Brain

Scientists at the Technical University Munich are questioning if boxing can cause severe damage to a player's brain.
Advertisement
The findings from this study support the position of medical societies that oppose boxing, especially among youth. Although there is risk of injury with most sports, boxing is unique because participants are rewarded for intentionally striking their opponent in the face and head with the intent of harming or incapacitating them, said Dr. Smith, also a professor of Pediatrics at The Ohio State University College of Medicine. The increasing number of boxing injuries, coupled with the potential long-term consequences of these injuries, suggests that increased injury prevention efforts are needed.

This is the first nationally representative study to examine boxing injuries treated in emergency departments. Data for this study were obtained from the National Electronic Injury Surveillance System (NEISS), which is operated by the U.S. Consumer Product Safety Commission. The NEISS dataset provides information on consumer product-related and sports and recreation-related injuries treated in hospital emergency departments across the country. Boxing participation data were obtained from the Superstudy of Sports Participation.

Middle-aged men could soon use an exercise-based boxing video game to improve their health.
Advertisement
<< Hormone Pathway to Fatty Liver Disease Discovered
Medicine Labels to be Made Simple and Straightforward >>

Boxing is a good way to relieve stress, feel many women who are taking up what was once viewed as a man's sport.
Advertisement
News A-Z
A B C D E F G H I J K L M N O P Q R S T U V W X Y Z
What's New on Medindia