Bowel cancer can be prevented. The small growths, called polyps, on the bowel wall, if left untreated may become cancerous.

A one-off bowel screening test reduces the risk of developing bowel cancer by more than one third and could save thousands of lives, according to a study published in The Lancet.

The researchers, funded through a Medical Research Council (MRC) and National Institute for Health Research (NIHR) partnership and Cancer Research UK, found that the test - which examines the lower part of the large bowel - prevented more than half of potential bowel cancers from developing in that area and two thirds of deaths were avoided.


‘The bowel scope which examines the lower part of the large bowel - prevented more than half of potential bowel cancers from developing in that area and two thirds of deaths were avoided.’


Bowel scope uses a tiny camera attached to a thin flexible tube to examine a specific part of the bowel but was still found to prevent 35% of bowel cancers overall and to prevent 40% of deaths.

The team followed more than 170,000 people for 17 years on average and more than 40,000 had the bowel scope test. It is the longest study ever done on the effectiveness of the test.

Bowel scope can stop cancer before it starts, by finding and removing polyps on the bowel wall.

Professor Wendy Atkin, Cancer Research UK's bowel screening expert and lead author based at Imperial College London, said: "We know the bowel scope test has huge benefits for older people. Although no screening test is perfect, this study shows that bowel scope is effective in reducing cancer deaths for at least 17 years.

"Bowel cancer can be prevented. And the bowel scope screening test is a great way to reduce the number of people diagnosed with the disease so it's vital that no one misses out on the opportunity to get the test."

Julie Sharp, Cancer Research UK's head of health information said: "Like other types of screening, bowel scope is meant for people without symptoms. It's a great way to help reduce the number of people developing or dying from bowel cancer, but it can't pick up everything.

"So it's still important to take part in the rest of the bowel screening program and not ignore the home testing kits when they arrive. And whatever your screening history tell your doctor if you notice any unusual or lasting changes such as blood in your poo or a change in bowel habit."

The government estimates that the bowel scope test will take at least another three years before it will be offered to everyone eligible across England. The test is offered to people at age 55.

Governments in Scotland, Wales and Northern Ireland have not yet committed to introducing this test as part of their own bowel screening programs.

Emma Greenwood, Cancer Research UK's director of policy, said: "In England the government has committed to rolling out this test but there is a shortage of trained staff to carry it out. A training scheme is underway but it's important that there are enough newly trained specialists to meet the growing demand for these life-saving tests." 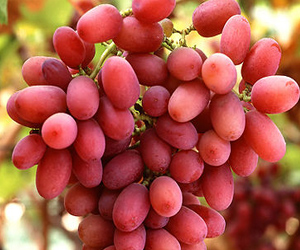 Small Doses of Resveratrol 'Red Grape Chemical' may Avert Bowel Cancer
Lower doses of resveratrol were twice as effective as the higher dose in stopping tumors growing, this effect was seen in animals fed a high-fat diet.
READ MORE

Combination Therapy To Treat Drug Resistant Bowel Cancer
Some bowel cancer patients respond well to cetuximab treatment, the drug for bowel cancer but many will relapse, or not benefit from the drug.
READ MORE