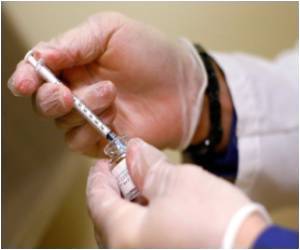 The popular anti-wrinkle drug Botox unlikely to offer much benefit as a treatment for chronic migraine despite being licensed for the condition.

Botox -- a neurotoxin derived from the Clostridium botulinum germ -- works as a cosmetic by paralysing the muscles that cause wrinkles.

It has now been authorised in Britain, the United States and elsewhere to relieve chronic migraines, administered by regular injections to up to 39 sites in the head and neck muscles.

Between one and 10 percent of volunteers who were injected with the drug experienced uncomfortable or painful side effects, including muscle spasms, rashes and itches.

The report added it was impossible to completely rule out other risks from Botox, including the risk of infection from a protein called human serum albumin, which is part of the drug's formula.

A headache literally means 'pain in the head'. It is a common complaint that may occur frequently in some
Advertisement
<< Teenager Who Eats Soap!
Dog Sniffs Out Low Blood Sugar Levels >>

Botox or Botulinum toxin A is widely employed in the cosmetic industry due to its anti-ageing properties.