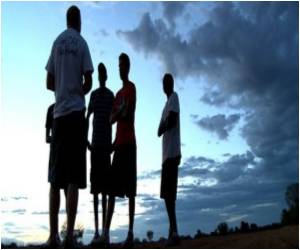 A year after the 2013 Boston Marathon bombings, hospital staff, first responders and medical volunteers who cared for the injured and dying were still struggling to put the experience behind them.

This is according to a Schwartz Center for Compassionate Healthcare report that describes eight confidential sessions held to help caregivers process their emotions and feelings in the aftermath of this horrific event.

Relationship Between Marathon Running Time and Their Age

Researchers in Spain have demonstrated that the relationship between marathon running times and the age of the athlete is U-shaped.
Advertisement

The 90-minute Schwartz Center Rounds sessions - sponsored by the Schwartz Center in collaboration with the Conference of Boston Teaching Hospitals - allowed caregivers from multiple organizations and institutions to come together to share their experiences, post-bombing struggles, and coping strategies. Approximately 300 people attended at least one of the sessions, which were held at the six-month and one-year anniversaries of the bombings.


"Six months after the Marathon bombings, many attendees were still struggling with powerful feelings of guilt, anxiety, and isolation," said Schwartz Center Medical Director Beth Lown, MD, who facilitated two of the sessions. "By the later gatherings, some of these feelings had eased, but were being re-triggered by the upcoming anniversary and 2014 race."

Expert has revealed that standing for at least three hours in a day was as good as running ten marathons a year.
Advertisement
The following were the dominant themes that emerged:

Guilt: Caregivers anguished over not having done enough at the scene, having been prevented from helping, not being trained in how to care for patients in a trauma situation, or leaving the area before the bombs exploded and opting not to return.

Isolation: While most caregivers said that their organizations, co-workers, friends and families were supportive of them in the aftermath of the bombings, a few spoke about a lack of support and understanding.

Collaboration and Teamwork: Many participants cited the superb collaboration and teamwork at the scene and in local emergency departments. Several people spoke about how that ethos had become institutionalized at their hospitals after the bombings.

Strength from the Survivors: The survivors were a huge source of healing for many of the caregivers. Some caregivers described developing friendships with people they cared for; others said they were proud that so many people had survived grievous injuries and returned to full lives. Many said the experience had also made them more compassionate caregivers. As one physical therapist put it, "We're closer to and more empathic to all of our patients now."

Medical imaging plays a crucial role in emergency situations, a new review conducted in response to Boston Marathon bombings has found
Advertisement
<< Many Hospitals may Face Penalties for Missing Electronic He...
Gurgaon Doctors Successfully Operate an Iraqi Boy With Shra... >>