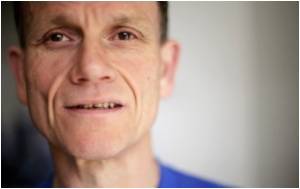 After the Boston marathon bombings, doctors carried out at least 13 leg amputations and for the surgeons, it was an agonizing decision.

"We just completed the ugly job that the bomb did," said George Velmahos, Massachusetts General Hospital's chief of trauma surgery, of the extreme operations that had to be carried out after Monday's double bomb attack.

At least two people who were standing near the blasts at the marathon finish line lost both legs. Surgeons at the Boston hospitals and clinics where victims were taken said they have to deal with such dramatic decisions, but never in such numbers.


Celeste Corcoran, a Boston hairdresser, was among those to lose both legs. So too did Jeff Bauman, who was in a widely used photo being pushed away from the scene in a wheelchair.
Advertisement
There were five patients at Boston Medical Center, four at Massachusetts General, two at Beth Israel Deaconess and one at Brigham and Women's Hospital who lost legs in the bombings or the hours after. In some cases the amputations were carried out at the scene.

"These patients came to us with completely mangled, destroyed extremities, hanging by shreds of muscle and skin. We had to go through the unfortunate task of completing the amputation," said Velhamos.

The bombs are believed to have been hidden in low-lying garbage bins and spread nails, ball-bearings and other shards within two feet of the ground -- mainly at the legs of the crowds in the immediate vicinity.

On top of loss of limbs, some victims had holes as big as their fists blown in their legs.

Amputation is a grave decision in normal circumstances, but even more daunting after a terror attack with mass casualties.

"What we like to do is before we take off someone's leg -- it's extremely hard to make that decision -- is we often get two surgeons to agree," said Tracey Dechert, a surgeon at Boston Medical Center.

"All rooms had multiple surgeons so everyone could feel like we're doing what we need to be doing."

Many patients are in such a devastated condition that more limbs could be lost in days to come.

Primary school teacher Erika Brannock lost her left leg below the knee. She had been cheering on her mother, a runner in the race.

Her brother-in-law Brian Gross told the Boston Globe that she risked losing at least part of her other leg.

Corcoran's sister Acabbo was also a runner in the race. When Celeste, 47, woke up after surgery she said she was just "sorry" not to have seen her cross the finish line, the sister told reporters.

"Celeste's life is going to be very different. She has a long rehabilitation ahead of her," Acabbo Corcoran added.

Peter Burke, a chief surgeon at Boston Medical Center, said relatives had to be involved very closely and as soon as possible with the trauma and its after-effects.

"We need to treat the family as much as the patients," he said.

Marathon to Raise Health Awareness in Imphal
A marathon under the banner 'Run For Your Heart' was recently held in Imphal to speard awareness ......

Worlds Oldest Marathon Runner to Retire Aged 101
The world's oldest marathon runner has revealed that he will be retiring at the age of 101 years ......

Thousands Take Part in Mumbai Marathon To Spread Awareness About Cancer
In order to spread awareness about the fatal disease of cancer more than twelve thousand people ran ...