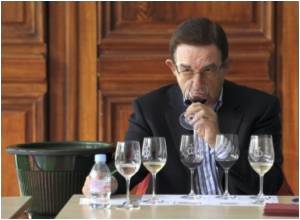 Two historical Bordeaux wine estates have gone green. As in other world-class regions, an organic approach is a weapon in their battle for sustainability.

"Still in 2011, there are people who do not trust in the fact that it is possible to grow organic in Bordeaux," said Jean Michel Comme, manager of the 80-hectare (200-acre) Chateau Pontet Canet in Pauillac.

Bordeaux vintners and merchants are rallying to survive in a thirsty but tumultuous US market after their biggest customer there defected.
Advertisement

"As soon as the total estate was organic and biodynamic, we aimed for a certification as a way to prove that we were sincere in our project."


"This is a return to viticulture in the right direction," added Xavier Planty, co-owner and director of the first-growth 100-hectare Chateau Guiraud estate, recently certified organic.

Nutritional Information may Now be Displayed on Beer and Wine

The federal health ministry in Australia is mulling the option of asking alcohol companies in the country to display the nutritional information of their beverages
Advertisement
Wine made from organically grown grapes is generally defined as made without using any synthetic fertilizers, weed killers or insecticides.

"But organic viticulture is just one step, and it only has meaning if you work the rest of sustainability," said Planty.

Naysayers have long argued that while Bordeaux's location on the 45th parallel in southwest France creates ideal conditions for Cabernet and Merlot, it's also a happy spot for rot, mildew and voracious insects like grapevine moth that can destroy quality, yields and ultimately profits.

"We have to put an end to this idea that everyone is beautiful and nature is beautiful," said Muriel Barthe, technical director at Bordeaux's wine council. "We have to fight against aggressors. It's a constant battle."

Organic grape growers use copper -- a traditional method -- for fighting mildew, but Barthe nixes that as an option for Bordeaux.

"Copper is a heavy metal and we know it's toxic for the soil," she said. "We are not going to go backwards."

As of 2010, 343 wine estates in the Gironde, where Bordeaux appellations dominate, practice organic viticulture. Some 2,250 hectares are in conversion and 1,836 hectares are already certified. More could be on the horizon.

Last year, Bordeaux's wine council began a pilot sustainability program with 25 winegrowers, cooperatives and negociants with the objective of achieving ISO 14001 certification. One year later, they have 250 new candidates.

Frontrunners such as Planty and Comme show evidence that low yields and a holistic approach allows them to avoid using low levels of copper, and eliminate the pesticides that could endanger workers' health.

"It's true that organic viticulture requires one to accept that the vines re-find a balance with regards to the soil," Planty said.

"People think they are going to go organic but keep the same industrial production philosophy. That doesn't work. You have to change the approach," added Comme.

"The industrial system is not sustainable. It's not economical. It survives with subsidies."

Both Planty and Comme contend that the lower yields are offset by increased grape quality, which leads to a higher proportion of first-label wines and profitability.

"Pontet Canet is not a potato patch," said Comme. "I need sufficient yield and quality."

"I don't live in the bubble of grand cru classe estate -- I have a little vineyard myself," said Comme.

She now consults with first growth Chateau Climens in their conversion to organic and biodynamic grape growing, while Monsieur Comme consults with cru bourgeois Chateau Senejac with 40 hectares in conversion.

"There is a real dynamic of development in conversions to organic viticulture," said Elisabeth Mercier, director of Agence Bio, which certifies the vineyards.

The last holdout against organic grape growing -- and the most influential -- might not be the winegrower but the consumer.

A recent study from a California environmental economist showed that while quality might improve using organically grown grapes, the retail price dropped once the labeling mentioned organic.

Winegrowers say it is time for consumers to rethink their attitude.

"It seems to be clear that the wines of the estate have gained in aromatic complexity, finesse and nobility in the quality of tannins," said Comme.

Eating certain polyphenols, substances found in many fruits and vegetables, decreases the amount of iron the body absorbs, which can increase the risk of developing an iron deficiency,
Advertisement
<< Music Predicts Sexual Attraction
Hospitals Directed to Prescribe Generic Drugs >>