Booze That Will Never Give You a Hangover, Coming Soon 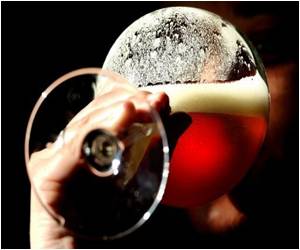 Imperial College London scientists are a step closer in finding a formula for synthetic alcohol that will get you almost as sloshed as regular booze but without the side effects.

The only thing required to be done is to pop a pill to sober up.

Professor David Nutt, head of the development team said that the aim is to swap ethanol for something less toxic, FHM India Magazine reported.


He is even looking for ways to make alcohol less addictive and remove the part that makes drunk people want to fight.

Nutt said that one would be able to have as many drinks as he/she likes, then take an antidote and drive home safely within 10 minutes.

Medicine for Dehydrated Babies is a Quick Hangover Cure?
Media reports indicate that Pedialyte, the electrolyte-loaded liquid, which is given to dehydrated ....

Hangover
The downside of a fun night with alcohol, is a hangover, which is a result of dehydration that the a...