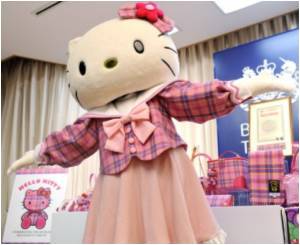 A new study by researchers in Japan has revealed that looking at cute images of baby animals may improve your work performance, inspiring more fine-tuned attention and careful behaviour.

They said that cute creatures, like characters of "Hello Kitty" and "Pokemon's" Pikachu, stir positive feelings because they resemble babies with their big eyes and large heads.

Seeing baby faces is understood to trigger care-giving impulses in humans, and some research has even suggested cute images may encourage friendliness.


In the new study, Hiroshima University researchers showed that these impulses could help in tasks that require narrow focus and concentration, Live Science reported.
Advertisement
In the first part of the experiment, 48 college students were asked to complete a game not unlike Milton Bradley's "Operation." Using tweezers, they had to pluck out 14 tiny pieces from holes in the body of a "patient." After one round of the game, half of the students looked at seven images of baby animals (considered the cute images) while the others viewed pictures of adult animals.

Then the participants tried their hand at the operation task again. The students who had just looked at the baby animal pictures were able to pluck out more of the game pieces than they had before, while the others hardly improved their performance.

Previous studies have shown that humans slow down their speech when talking to babies, and the Japanese researchers speculated that viewing the cute images may have had a similar effect - slowing the behavior of the students who saw the cute baby animal images and improving their accuracy in the game.

And indeed, in another experiment, the researchers found the cute-picture-viewing participants were better at honing in on local features than identifying big-picture elements of visual stimuli.

"Kawaii things not only make us happier, but also affect our behavior," wrote the researchers, led by cognitive psychologist Hiroshi Nittono.

"This study shows that viewing cute things improves subsequent performance in tasks that require behavioral carefulness, possibly by narrowing the breadth of attentional focus," they added.

They said these effects could benefit drivers and office workers - as if you needed another reason to keep that pandacam tab open on your browser.

The study was published online this week in the journal PLoS ONE.

Source: ANI
Advertisement
<< Ability to Predict the Spread of Flu Improved By Evolutiona...
Reduced Glaucoma Risk in Patients Who Take Statins Found By... >>