Boost Up More Funds for 'New Era of Medicine': Obama 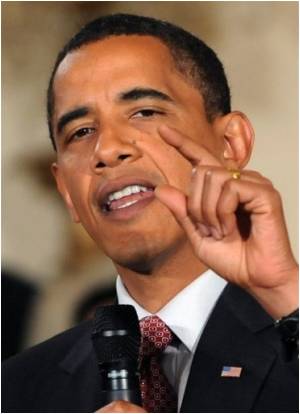 US President Barack Obama on Tuesday called for the United States to lead the way toward a "new era of medicine" by boosting funds for modern medical research.

During his State of the Union speech, Obama said a key area of focus should be a fast-growing field known as precision medicine, which aims to deliver the best treatment for cancer and other illnesses based on an individual's genetics.

"I want the country that eliminated polio and mapped the human genome to lead a new era of medicine - one that delivers the right treatment at the right time," he said in prepared remarks.


"Tonight, I'm launching a new Precision Medicine Initiative to bring us closer to curing diseases like cancer and diabetes -- and to give all of us access to the personalized information we need to keep ourselves and our families healthier."
Advertisement
The White House said US funding toward finding and developing new antibiotics should nearly double to fight the global threat of infectious diseases that spread via antibiotic-resistant bacteria.

Obama's proposal would also continue to fund Alzheimer's research and the BRAIN initiative he launched in 2013 and expanded last year to include $300 million in funding for government agencies involved in regulation, military, health and science research.

The main US government body for medical research, the National Institutes of Health, distributes about $30 billion in funds annually.

Leading cancer researchers at the American Society for Clinical Oncology warned last year that stagnant funding levels over the past decade were contributing to brain drain and threatening the pace of medical progress.

After accounting for biomedical inflation, ASCO said the NIH budget had actually declined more than 22 percent, bringing funding to its lowest point since 2001.

Yes He Can- Obama Historic Health Care Legislation
Barack Obama has made history again! This time he did it by getting a land mark legislation ......