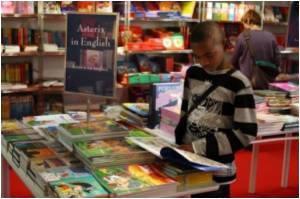 Booksellers face a greater struggle as the sale of electronic books and Internet sales are on rise. The eyes are on the current woes of large US book retailers for how best to face the challenge.

Borders Group, which operates some 500 US stores, said in late January it would delay payments to vendors, landlords and others as it seeks to restructure its debt, but many analysts see bankruptcy or a sale looming for the second-largest US bookseller.


Last year, the money-losing number one US bookstore group, Barnes & Noble, indicated it was in discussions on a sale or other strategic options.


"Disruptive change is coming to the book businesses of the world and they?re looking to the US experience to understand the nature of that change and what to do to prepare for it," said Mike Shatzkin, head of the consultancy Idea Logical Company and organizer of the Digital Book World conference held recently in New York.

The Internet not only offers lower prices for many products but now can deliver books digitally to devices like Amazon's Kindle, the Apple iPad and others.

E-book sales, meanwhile, have more than doubled in each of the last three years, according to Shatzkin.

This would mean a loss of 90 percent of bookstore shelf space over the next 10 years, and a drop from over 1,200 large bookstores in the United States to "maybe 150 decent-sized stores", he told AFP in an email exchange.

Amazon.com said last month it is now selling more Kindle books than paperback books -- 115 ebooks for every 100 paperbacks, in the US market.

A Pew Research Center report showed five percent of Americans owned an e-book reader last year, but that may underestimate the trend because other devices including smartphones can be used for the same purpose.

According to Forrester Research, Americans spent an estimated $1 billion on e-book downloads in 2010 and the market is surging.

Forrester's James McQuivey said an estimated seven percent of Americans read e-books and that "this small, energetic group will grow so rapidly that it will easily spend nearly $3 billion on e-books in 2015."

Analysts said the lower cost and convenience of getting electronic books instantly has also put the sqeeze on the big book chains, after punishing the small, independent booksellers in recent years.

Becker said he still sees bookstores, but mainly to serve particular market niches -- like university bookstores that sell school merchandise, and other specialized stores that serve a small group.

"Retailers need to focus on creating compelling reasons for patrons to visit bookstores, like concierge or recommendation services," he said.

Laurie Brock, president of the consultancy Brock Associates, said a recent survey by her firm shows consumers increasingly like their reading devices, especially those that have multiples uses.

In many cases, e-books are sold to "avid readers" who want more to read, Brock said.

For now, e-books are less expensive than printed books -- in many cases half the cost of a new hardcover, but the lower cost shakes up the economics of the entire industry.

"If people are only going to be reading ebooks, are publishers going to be able to keep them at the lower price point?" Brock asked. "Probably not, but Amazon has set the price low, and that's where the big debate is going now."

Shatkzin said the economics of the industry are being turned upside down by the digital revolution.

"Yes, it will be harder to make money," he said. "The prices of books will continue to fall. It will be easier to get published -- anybody will be able to do it -- but it will be damn tough to make much money at it."

And he said book merchants around the world will begin to feel the same impact soon.

"The rest of the world isn?t so noticeable yet, but we all expect they will begin to very soon," Shatkzin said.

E-Books Make Our Brains Lazy, Says New Research
Readers using electronic books like the Amazon Kindle and Sony Reader are less likely to remember what they have read because the devices are so easy on the eyes
READ MORE 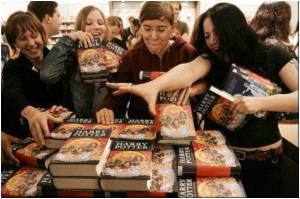 Oz Youngsters Foregoing Online Lives for Books, Movies and Art Galleries
According to a survey, Australian youngsters are cutting back on their online lives and taking out more time to read books, watch movies and visit art galleries.
READ MORE

Amazon Patents Process to Avoid Unwanted Gifts
Online retailer Amazon.com has come up with a procedure, which will allow recipients to stay away from undesirable gifts and save millions of dollars spent on repacking, labeling and shipping.
READ MORE 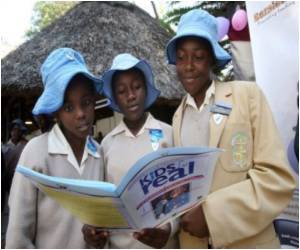 Comic Books May Help Spread Testicular Cancer Awareness in Young Men
A new report has suggested that comic books may help in spreading awareness about testicular cancer and its symptoms amongst young men and their partners.
READ MORE