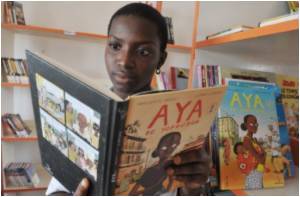 A Booker Prize winning author has claimed that e-books are threatening the future of English literature because aspiring writers will not be paid enough to make a living.

Graham Swift said new writers face earning lower royalties for their work as e-books than for traditional hard- and paperbacks.

If aspiring authors see that they are unable to make a living from their work, it may cause them to give up and leave potentially great stories unwritten, he said.

"The e-book does seem at the moment to threaten the livelihood of writers, because the way in which writers are paid for their work in the form of e-books is very much up in the air."
Advertisement
"I think the tendency will be that writers will get even less than they get now for their work and sadly that could mean that some potential writers will see that they can't make a living, they will give up and the world would be poorer for the books they might have written, so in that way it is quite a serious prospect," he added.

Booksellers Facing Problems from Digital Technologies
Booksellers face a greater struggle as the sale of electronic books and Internet sales are on rise....

E-Textbooks Will Be Mainstream Within Three Years!
Students in Australia may soon be leaving their school bags behind as the e-book industry claims to ...