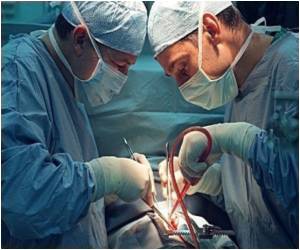 Researchers found that the first randomized, placebo-controlled U.S. clinical trial to assess the use of bone marrow-derived mononuclear cells (BMC) in patients after a ST-elevation myocardial infarction or severe heart attack, was safe.

"The use of adult stem cells, derived from the patient's own bone marrow, presents a potential new type of therapy to benefit individuals after they suffer a heart attack," said the study's principal investigator Dr. Jay H. Traverse, cardiologist at the Minneapolis Heart Institute at Abbott Northwestern Hospital in Minneapolis, Minn.

"Also, these types of stem cells do not possess any of the ethical concerns of embryonic stem cell research.


"While the objective of phase 1 clinical trials is to assess safety, researchers also look for hints of efficacy that have been revealed in previous studies. Based on indications of some improvements in various European studies, we sought to examine whether this therapy could improve ejection fraction at six months, and whether it had an effect on attenuating adverse left ventricular remodeling as measured by cardiac MRI," he added.

Encyclopedia section of medindia gives general info about Stem Cells
Advertisement
In this single-center trial, the researchers enrolled 40 patients with STEMI, randomising them in a 3:1 ratio to 100 million autologous BMCs versus placebo, administered three to ten days following successful primary angioplasty and stenting of the left anterior descending coronary artery.

Importantly, the researchers elected to deliver cells by an intracoronary infusion as opposed to the stop-flow technique that had been used in all preceding trials and all patients received an identical number of cells.

Administration of BMC was safely performed in all patients with minimal major adverse clinical event rates, and all patients remain alive to date, reported the researchers.

However, the BMC group experienced a significant improvement in left-ventricular volumes at six months compared with the placebo group.

"A review of the available clinical literature reveals a split in the benefit of left ventricular ejection fraction-some studies show no benefit and others show a small improvement," explained Traverse.

"Any number of factors can influence this outcome: the way the ejection fraction is measured, the timing of BMC administration, how many cells are delivered, the type of STEMI patient population. There are a lot of variables, leading some to question whether ejection fraction is the most appropriate endpoint for cell therapy trials.

"To this point, no study has been properly powered to assess the appropriate timing of BMC administration after a heart attack," added Traverse.

The study has been published in the latest issue of the American Heart Journal.

Bone marrow biopsy and aspiration is the removal of some bone marrow tissue for diagnosis and management of ...

Ask any one who has experienced intense chest pain and they will vouch for the fact that it was the most ...