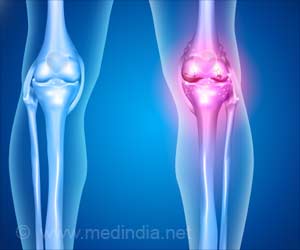 Your bone marrow produces about 500 billion new blood cells every single day - roughly equivalent to the number of stars thought to be in the Milky Way. Being so prolific, however, comes with a price: medical interventions that aim to disrupt cell growth and differentiation, such as chemotherapies and radiation, can hit the bone marrow extremely hard, causing serious side effects like anemia, severe bleeding, and increased infections.

Advertisement
‘This finding opens up new avenues of investigation into the causes of bone marrow failure.’

Efforts to understand and reduce bone marrow toxicity have been hampered by the marrow's inaccessible location, as the only way to effectively study living marrow tissue in humans is to take invasive, painful biopsies from patients' bones.


Now, a new organ-on-a-chip (Organ Chip) technology advance from the lab of Donald Ingber, M.D., Ph.D. at the Wyss Institute for Biologically Inspired Engineering at Harvard University opens a window into this understudied field: a Human Bone Marrow Chip that effectively replicates drug- and radiation-induced toxicity responses observed in human patients at clinically relevant doses.
Advertisement
The chip also replicated blood cell formation defects seen in patients with a rare genetic disorder, and correctly predicted the existence of a previously unknown abnormality in the marrow of those patients. The research, which was carried out in collaboration with investigators at Boston Children's Hospital, Dana-Farber Cancer Institute, Massachusetts General Hospital, and AstraZeneca, is published in Nature Biomedical Engineering.

"Traditional in vitro cultures of bone marrow cells often do not predict how our bone marrow behaves when exposed to hematotoxic drugs, even when those cultures are treated at concentrations and timeframes that match those experienced by actual patients," said co-first author David Chou, M.D., Ph.D., a Clinical Fellow at the Wyss Institute and in the Department of Pathology at Massachusetts General Hospital and Harvard Medical School (HMS).

"Unlike classic culture methods, the Bone Marrow Chip provides a more physiologically accurate microenvironment and allows dynamic drug dosing, which may explain why our model was a better predictor of drug-induced toxicity responses."

The Bone Marrow Chip emerged from work co-funded by the U.S. Food and Drug Administration (FDA), which wanted a tool to study the effects of acute radiation syndrome on bone marrow, and the biopharmaceutical company AstraZeneca. Ingber's team had developed an earlier version of the Bone Marrow Chip with support from the Defense Advanced Research Projects Agency (DARPA), which they integrated into a multi-Organ Chip human "Body-on-Chips" platform that quantitatively predicts human drug pharmacokinetics in vitro and is described in two separate articles in the same issue of Nature Biomedical Engineering.

The Bone Marrow Chip is USB-sized and made of clear silicone rubber, with two hollow, parallel channels separated by a permeable membrane. The top channel is filled with human patient-derived bone marrow progenitor cells (CD34+ cells) and bone-marrow-derived stromal cells embedded in a matrix gel to mimic the three-dimensional nature of marrow tissue, while the lower channel is lined with human endothelial cells to mimic the blood vessels that permeate the marrow.

A liquid medium that supports the growth of CD34+ cells and their differentiation into a plethora of different blood cell types is flowed through the vascular channel to feed the bone marrow cells and remove waste.

The researchers cultured the Bone Marrow Chip for up to 28 days, and compared the state of the cells in the chip with CD34+ cells that were grown either in static suspension cultures or static gel cultures in a plate at multiple timepoints. The Bone Marrow Chip improved the survival of the CD34+ progenitor cells and supported the growth and differentiation of neutrophils (white blood cells) and erythrocytes (red blood cells) over a longer time period than the other two methods. In addition, some of the more mature neutrophils migrated from the marrow channel into the vascular channel of the chip, which mimics the behavior of these cells in living marrow.

Having confirmed that the Bone Marrow Chip recapitulates the growth, maturation, and migration of bone marrow cells observed in vivo, the team next tested whether it could predict drug-induced bone marrow toxicities more accurately than static suspension or gel cultures. They grew bone marrow cells for 10-12 days using all three methods, then exposed them for two days to a range of concentrations of the chemotherapy drug 5-fluorouracil, which is known to cause bone marrow toxicity.

The Bone Marrow Chip displayed the expected damage and death of bone marrow cells at patient-relevant concentrations and exposure times, while the other culture methods required much higher, potentially unsafe drug levels before displaying toxicity behavior.

To see if its predictive power would prove useful for preclinical drug safety testing, the researchers next exposed the Bone Marrow Chip to an AstraZeneca drug candidate, AZD2811, that is currently in Phase II clinical development for the potential treatment of cancer. In previous Phase I trials, when administered as a pro-drug, a 2-hour infusion producing a high peak concentration of AZD2811 caused a decrease in both red and white blood cells, while a 48-hour infusion producing a lower concentration caused a bigger drop in white blood cell counts but, surprisingly, had no significant effect on red blood cells.

The Wyss team was able to precisely replicate the clinical trial patients' drug exposure profiles (pharmacokinetics) on the Bone Marrow Chip, and saw that the chips displayed the expected clinical results while suspension cultures of the same cells did not.

The team also used the Bone Marrow Chip to investigate AZD2811's mechanism of action, which would be difficult to study in human patients without performing a bone marrow biopsy soon after drug infusion. They observed that exposure to AZD2811 selectively decreased the numbers of immature dividing blood cell precursors while the numbers of more mature red and white blood cells were essentially unchanged, which confirmed a preexisting hypothesis about how the drug affects bone marrow cells.

The chips were then exposed to ionizing gamma-radiation similar to what cancer patients can be exposed to during radiation therapy, which is another potential cause of bone marrow damage, and they once again displayed the appropriate toxicity at human-relevant radiation doses.

These results highlight how the Bone Marrow Chip could be used to study the effects of radiation on human bone marrow as well as search for novel ways to mitigate radiation-induced injury, which the Wyss team is currently exploring.

"Not only does the Bone Marrow Chip match and predict the effects of drugs and radiation on human bone marrow, it also enables detailed studies into the physiology of cells that are healthy versus cells that are damaged.

This new method could become an important tool in preclinical testing because it could significantly reduce our reliance on animal models, which often fail to detect and predict side effects, are notoriously expensive, and raise ethical questions," said co-first author Viktoras Frimantas, Ph.D., a Postdoctoral Fellow at the Wyss Institute.

"We could even study a complete cycle of human bone marrow injury and recovery in response to drugs, which is not possible in alternative in vitro model systems or in animal models. "Organ Chip technology has the potential to enhance and accelerate our ability to translate science into innovative medicines for patients," said Stefan Platz, Senior Vice President of Clinical Pharmacology and Safety Sciences, R&D at AstraZeneca.

"Our collaborative work with the Wyss Institute highlights the potential of human Bone Marrow Chips to mimic both disease and drug-related injury. The ability to efficiently use human cells rather than animal models offers numerous benefits, both in terms of translatability to the clinic and reduction of animal usage. This publication represents an important milestone in demonstrating how these systems can accurately predict clinical effects."

A subtle finding in a rare disease/b>

To round out their studies, the researchers looked at whether Bone Marrow Chips created using bone marrow cells from children with a known genetic disorder developed characteristics similar to those found in real bone marrow from patients with the same deficiency. They focused on Shwachman-Diamond Syndrome (SDS), a rare disease that is caused by a genetic mutation that results in bone marrow failure with abnormally low cell counts, especially reduced white blood cells, and which has not been well-studied given its low incidence and because animal models fail to reproduce the known hallmarks of human disease.

The team cultured CD34+ cells from two SDS patients with normal bone-marrow-derived stromal cells and endothelial cells in the Bone Marrow Chips for two weeks, and saw that these produced much fewer blood cells and showed reduced white blood cell maturation compared to chips with CD34+ cells from healthy donors, much as occurs in patients.

"This finding opens up new avenues of investigation into the causes of bone marrow failure," said co-author Akiko Shimamura, M.D., Ph.D., who is a Professor of Pediatrics at Harvard Medical School (HMS) and Director of the Bone Marrow Failure and Myelodysplastic Syndrome Programs at the Dana-Farber/Boston Children's Cancer and Blood Disorders Center. "The development of this novel bone marrow failure model provides a platform to test new therapies for these devastating diseases."

The team of researchers and clinicians is continuing to work with its collaborators on the Bone Marrow Chip. They are studying the biological differences between red and white blood cells' responses to AZD2811 and are evaluating whether the chip can be used to develop well-tolerated dosing regimens. They have also received additional funding from the FDA to use this model to search for novel countermeasures to enhance bone marrow recovery after radiation exposure, and to explore sex-specific responses.

"This collaboration between biologists, engineers, and clinicians across the Wyss Institute's consortium of institutions, and with experts in industry and government, demonstrates the kinds of advances in medicine that can be made when organizations that have a common goal contribute their respective expertise and talents to meet that challenge," said Ingber, who is the Wyss Institute's Founding Director, Judah Folkman Professor of Vascular Biology at HMS and the Vascular Biology Program at Boston Children's Hospital, and Professor of Bioengineering at Harvard's John A. Paulson School of Engineering and Applied Sciences.

"With this model in hand that can also replicate patient-specific marrow responses, we are in a position to assist in the design of human clinical trials for rare genetic disorders and advance personalized medicine in ways not possible before."

Pagets And Jaw Bone Diseases
Osteitis deformans, or Pagets disease of the bone, is the deformity of the bone. Symptoms include .....

Bone Marrow Aspiration and Biopsy
Bone marrow biopsy and aspiration is the removal of some bone marrow tissue for diagnosis and ......