By adolescence, bones know that they need to stop growing longer and stronger and from that point on, they need to keep their shape by healing injuries.

This question of why bones grow longer and stronger in children, but stay static in adults--yet retain the ability to heal themselves, has long perplexed scientists in the bone regeneration field. But researchers from the University of Michigan, Kyoto University and Harvard University believe they may have unearthed a big piece of this puzzle.

The team discovered that a certain subset of cartilage-making cells, known as chondrocytes, replicate themselves, make other bone cells and drive bone growth--findings that could lead to new treatments for children with facial deformities who normally have to wait until adulthood for corrective surgery.

It's long been thought that these chondrocytes die when children reached adolescence and their bones stopped growing, Ono said. However, the fact that bone still heals itself even without chondrocytes caused intense debate among researchers.

Ono's group found that some chondrocytes don't die, but rather transform themselves into other types of bone-growing and bone-healing cells.

"Up until now, the cells that drive this bone growth have not been understood very well. As an orthodontist myself, I have special interest in this aspect, especially for finding a cure for severe bone deformities of the face in children," he said. "If we can find a way to make bones that continue to grow along with the child, maybe we would be able to put these pieces of growing bones back into children and make their faces look much better than they do."

Ono said one of the challenges in the bone and cartilage field is that stem cells haven't really been identified. The only widely accepted idea is that certain stem cells help bones grow and heal, but that's only discussed in the context of adults with bone disorders such as osteoporosis.

Many factors cause craniofacial deformities, and all are devastating to children, he said. In children with Goldenhar syndrome, underdeveloped facial tissues can harm the developing jawbone. Another bone deformity called deformational plagiocephaly causes a child's head to grow asymmetrically.

Fibrous Dysplasia
Fibrous dysplasia is a condition with abnormal growth areas in one or more bones, where normal bone is replaced with fibrous bone tissue.
READ MORE 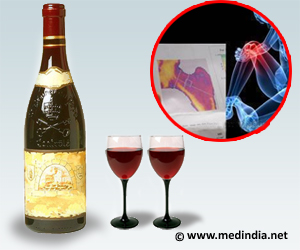 Wine Prevents Thinning of Bones
Consuming two glasses of wine every day reduces the risks of bone thinning in women in the postmenopausal period. This effect is similar to the action of bisphosphonates on their body.
READ MORE

Quiz on Bone Health
Bone health is an issue of concern today given the rapid increase in the number of people suffering from bone diseases. Check your knowledge on bone health with this short quiz. ...
READ MORE

Top Foods for Strong Bones
As the process of aging starts, our bones start becoming weak. Even a minor injury or jerk could fracture the bones of an old person. This is more common in women after their menopause. But eating the right food, which strengthens your bones, can ...
READ MORE