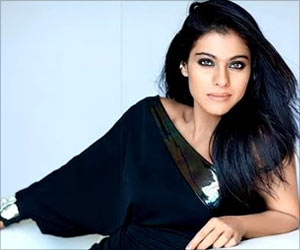 Bollywood Actress Kajol Devgan, who has been a part of health soap Lifebuoy's 'Help a Child Reach 5' handwashing program since the last three years, on Thursday launched a new short film, directed by "Ship Of Theseus" fame Anand Gandhi, for the cause.

Lifebuoy announced the latest edition of its handwashing program with a special focus on the importance of hygiene in the neonatal period - the first 28 days of a child's life.

On the occasion of the fifth annual Global Handwashing Day, Unicef emphasized that the very simple act of washing hands with soap can save thousands of children who die every year.
Advertisement
‘Lifebuoy announced the latest edition of its handwashing program with a special focus on the importance of hygiene. The initiative is started by Lifebuoy to help people understand about change and how important it is to wash your hands.’

Talking about it, Kajol told IANS: "The initiative is started by Lifebuoy to help people understand about change and how important it is to wash your hands with soap and water after you go to the loo and before eating food."


"It talks about the difference it makes to your life, especially for kids in their first month or first 28 days of their life where 50 percent of the children lose their life in our country because of the fact that they have not had proper hygienic care."

A new study published in the British Medical Journal has revealed that the recent national Clean Your Hands campaign has been a success
Advertisement
She said the numbers are "scary, horrible and frightening", and so, "if one simple but effective thing can change that statistics around, then I think it is important to spread the message".

The film by Anand Gandhi showcases the emotional journey of a pregnant mother and her aspirations for her child. It highlights the importance of doing something very simple, yet important during pregnancy and early in the child's life: washing hands with soap.

Apart from Kajol, the event was attended by Samir Singh, executive director, Hindustan Unilever, and as many as 100 pregnant women.

A handwashing initiative impacting millions of rural people in Bihar, in partnership with the Children's Investment Fund Foundation (CIFF), was also announced.

"We are excited to release this film and take the hygiene message to where it matters the most: to new mothers in the first 28 days after delivery. The 'Help a Child Reach 5' campaign started in Thesgora, a village in Madhya Pradesh that has one of the highest rates of diarrhoea, and showcased remarkable results."

"We now impact child health at a very large scale in partnership with the CIFF," Singh said in a statement.

Childhood advice about washing our hands that mothers give may at last be bearing fruition, reveals a study.
Advertisement
<< Marianjoy Rehabilitation Hospital to Collaborate With Northw...
Experts Warn Women Not to Ignore Mini-Strokes, Delay Treatme... >>

A review published in the Canadian Medical Association Journal revealed how handwashing and zinc may prevent common cold, while acetaminophen and ibuprofen may help treat it